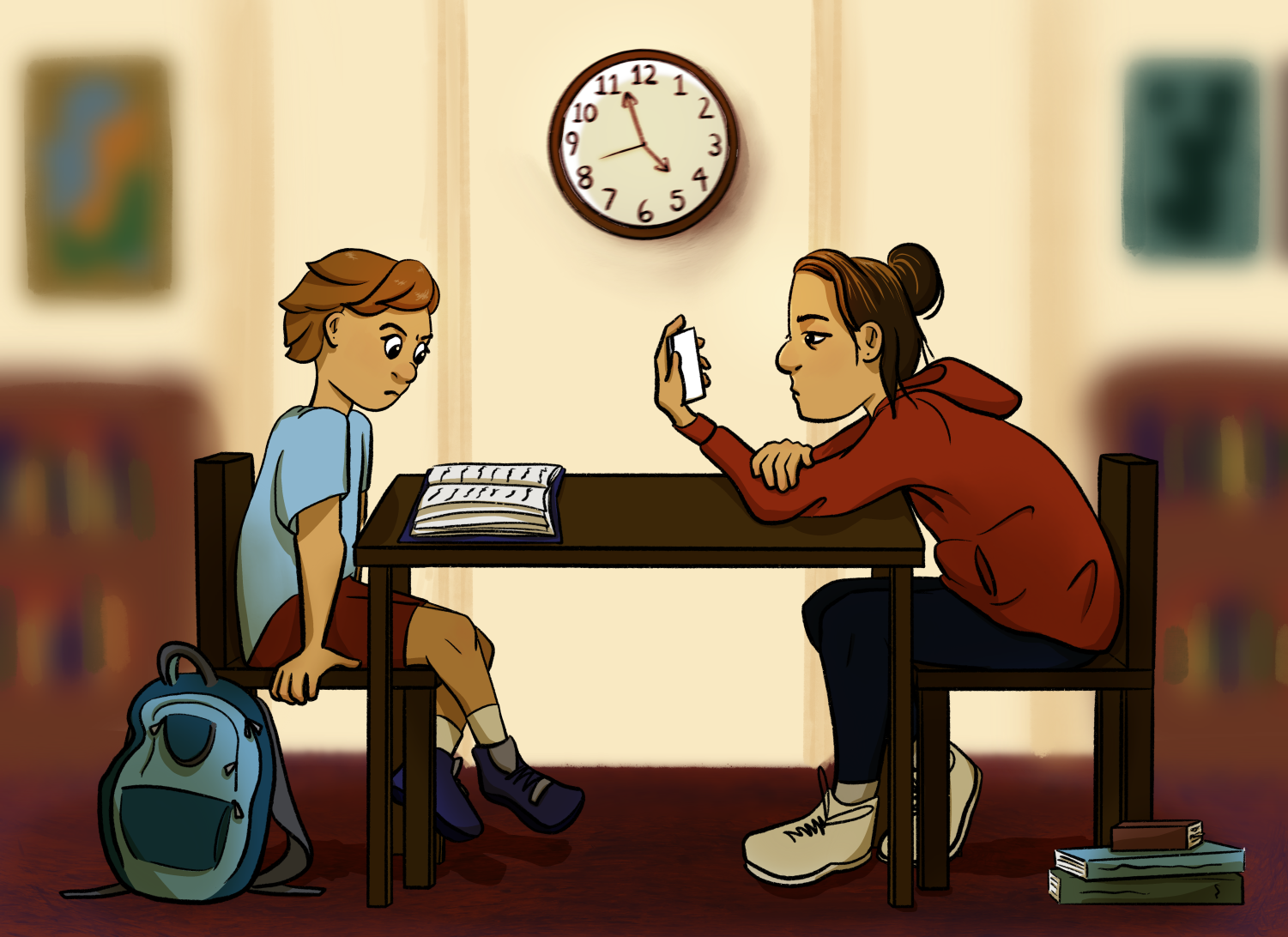 A GIFT OR A CURSE?: Children from gifted learning programs often grow into teenagers struggling from mental health issues.

Did you plow through three fantasy novels a week when you were 12 years old, but now can’t stay focused on one textbook reading for longer than a few minutes? Do you immediately quit every hobby that you don’t ace first try? Do you just never feel smart anymore? Congratulations, you may be suffering from FGCD—“Former gifted child syndrome.” (You may be entitled to emotional compensation.)

The term “former gifted child syndrome” is not a medically recognized condition, but rather a term coined and popularized online by alumni of youth gifted learning programs—also known as former gifted kids. The “syndrome” refers to the long-lasting sequelae of adolescent academic pressure, such as burnout, impostor syndrome and horrendous work habits.

By virtue of their giftedness, the range of tasks that are perceived as ‘“effortless’” is broader for gifted children, which is why their ADHD may be less apparent than in children who struggle more obviously and to lesser effect.”

— National Research Center for the Gifted and Talented

And that’s not even mentioning the buy-one-get-five-free package of mental health disorders that go undiagnosed in many FGC due to their intelligence. A monograph from the National Research Center for the Gifted and Talented states that “by virtue of their giftedness, the range of tasks that are perceived as ‘“effortless’” is broader for gifted children, which is why their ADHD may be less apparent than in children who struggle more obviously and to lesser effect.”

In Irvine, an overwhelming number of FGC were enrolled in IUSD’s Alternative Program for Academically Advanced Students, more commonly referred to as APAAS. APAAS is a gifted program offered to students from fourth to sixth grade who meet the application criteria, which includes multiple standardized tests and a writing sample. It gathers qualifying students from all over the district and groups them together into special, separated classrooms, offered at Brywood, Deerfield, Eastshore, Santiago Hills, Turtle Rock and Westpark Elementary Schools.

APAAS delivers on one promise: As per IUSD, APAAS students receive an advanced, more challenging education to “meet the needs of a unique population of highly intellectual learners who consistently prefer creative outlets to demonstrate their understanding of content.”

“The program aims to serve students who are intent on pursuing their interests and enjoy academic challenges,” IUSD Director of Advanced Learning & Differentiation Lauren Sipelis said. “Students are best served in this environment if they appreciate unique and novel learning, as well as open ended group projects.”

However, it often cultivates a toxic academic environment that negatively impacts students’ peer relationships and builds an unhealthy work mindset.

Now that I’m in high school, I’ve met so many intelligent people that I sometimes feel like, am I really smart enough to be among them?”

“It got so toxic to the point that all the other classes at Brywood hated us because everyone was so obnoxious to each other,” Brywood APAAS graduate Aishwarya Ramasubramanian said. “We all hated anyone who was deemed ‘not as smart’ because we gained that superiority complex. And it got so bad to the point where the school counselor would have to come and talk to us every week and have a therapy session with the entire class about accepting each other.”

This academic pressure from both peers and adults, on top of the ruthless competition that no 12 year old should ever have to suffer, sends Irvine’s gifted students straight down the FGCS pipeline. The desire to perform as well as everyone else turns into impostor syndrome as children are constantly pushed to their limits in a fast-paced environment and expected to meet the standards of a class of “gifted children.”

“But the struggle has been growing,” former gifted child and student teacher Ian Byrd said on Byrdseed. “Each year it’s harder to maintain the illusion of perfection. It’s just a matter of time before everyone sees you make a mistake. They’ll realize that, hey, it wasn’t so easy for you. Wait. You aren’t perfect!”

Years of depending on academic approval for motivation turns into burnout when a gifted child looks around after being rewarded for performing higher than their peers for their entire life and sees the people they left behind all those years ago at the same level as them.

Gifted Children are more prone to

The Davidson Institute, a foundation for gifted children, defines burnout as a “chronic exhaustion that stems from a mismatch between the individual and their current educational environment,” and links its causes to an “educational system that the child finds repetitive, unrewarding, without autonomy, unfair, or not aligned with their values.”

“I feel like growing up, I was told I was gifted, I was smart,” Ramasubramanian said.  “But now that I’m in high school, I’ve met so many intelligent people that I sometimes feel like, am I really smart enough to be among them?”

In fact, the stress and pressure of being smarter than others often manifests itself as mental disorders. A study from Pitzer College found that gifted children are more prone to “affective disorders, ADHD, ASD and for increased incidence of disease related to immune dysregulation.”

With many Northwood students still suffering emotionally as teenagers as a result of IUSD’s APAAS program, is it really worth it to drain intelligent children’s creativity and desire to learn with harder math equations and limiting essay prompts? While APAAS offers a suited course of learning for children of advanced development, improvements must be made to the learning environment of Irvine’s programs for gifted children.