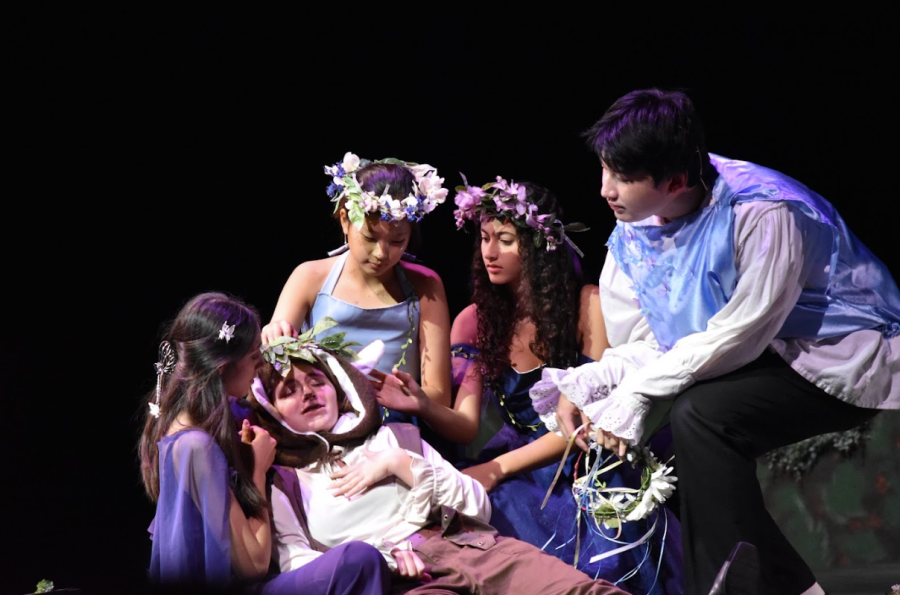 MAJESTICALLY UNDER A SPELL: Queen of Fairies (Areesha Suhail) along with her fairies in service tend to an animal.

For all Shakespeare lovers or anyone looking for a good laugh (or even Honors Euro students looking to brush up their skills on interpreting Shakespeare), Northwood’s production of “A Midsummer Night’s Dream” was the perfect play to watch. The play was held from Nov. 1-5 and it impeccably captured the comical love quarrels and hilarious reenactments of an appealing play production.

Though she be but little, she is fierce!”

Set in ancient Greece, “A Midsummer Night’s Dream” revolves around four main protagonists: Hermia (Sara Kim), Helena (Riya Roy), Demetrius (Theor Kamfar) and Lysander (Ze Xi Isaac Lee). Though both Hermia and Lysander love each other, Hermia’s father has determined that Demetrius will be her suitor. However, Hermia’s friend, Helena, is in love with Demetrius, creating a love square. The story of the play follows the comical quarrel between the characters, aided by the inference of various characters like the fairy king, Oberon and the mischievous Puck.

The unsuspecting interactions between Lysander -Hermia’s lover- and Helena had the audience chuckling, especially when Lysander was confessing his love for Helena all while under a spell. The emotions conveyed by each actor and actress brought each character to life, engulfing the audience in the scene.

The “fight scene” between Helena and Hermia had the audience at the edge of their seats. Especially when Hermia noted how Helena’s “tall personage” stole her lover Lysander from her, the audience chuckled due to the visible height difference between the two actresses.

Another notable scene from Northwood’s production was the staging of a play within the play, “Pyramus and Thisbe,” which was a parody of Shakespeare’s “Romeo and Juliet.” To emphasize the drama and foolishness in the scene, cast members mocked the play’s inaccurate grammar and poked fun at the stereotypical Shakespearean language by repeating the line “O” in a dramatic fashion. Peter Quince (Giuliana Lane), the director of the play within a play, again emphasized the foolishness of the play with the attempts to appear eloquent in speech while presenting the play to an audience.

Roy, who played Helena, expressed emotion impeccably, beautifully capturing the ups and downs of the play. After Hermia’s accusations towards Helena, the shock and betrayal portrayed on Roy’s face mirrored the emotions felt by the audience. Lee’s expressions of anger, shown evidently by the vein quivering on his forehead and his shaky breaths, added another layer to the humor of the play. From the visible glitter on the Queen of Fairies, adding an ethereal effect to her character, to the elegant costumes worn by all cast members, the quality of the acting and sets exceeded the already high standard of Northwood’s drama department.

Northwood’s Theatre Arts program is hosting auditions for their upcoming production, “Puffs,” on Nov. 19 which will be held on Mar. 22-25. 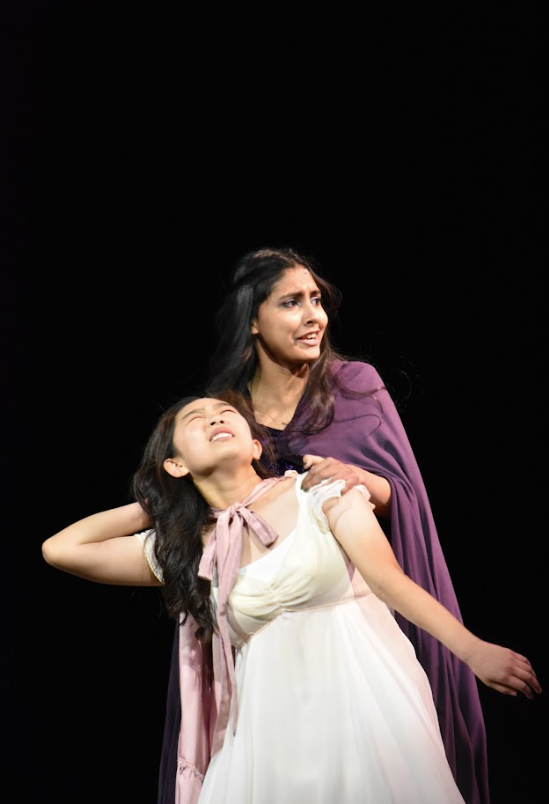