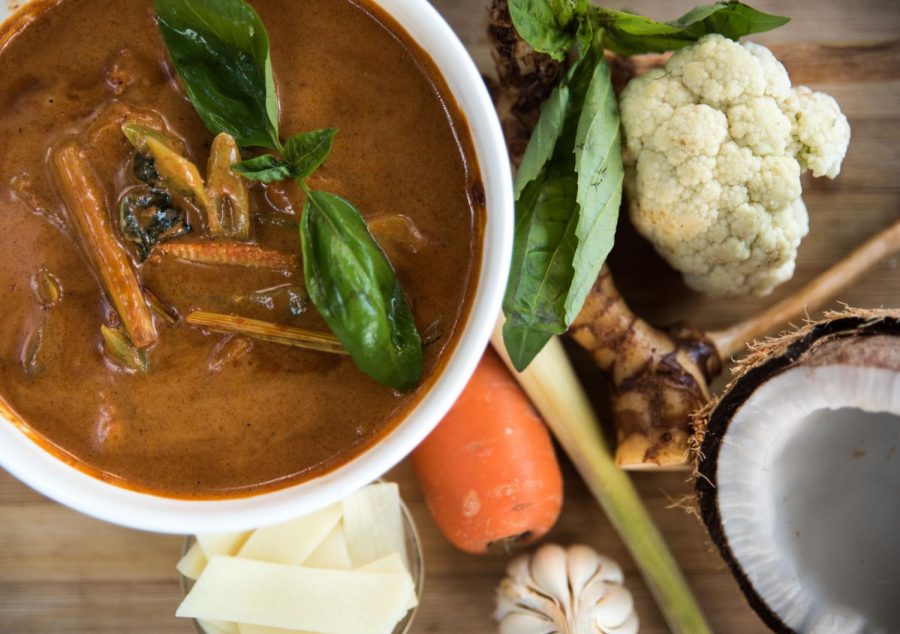 A DELICIOUS TRADITION: Each flavorful bowl of Kare-Kare is filled with savory ingredients that make your mouth water.

History of Kare-Kare and how to make it

While peanut butter and oxtail may not seem like the best combination, it is actually a match made in heaven. Kare-Kare is a traditional Filipino dish consisting of oxtail and vegetables within a creamy peanut butter sauce. In other variations of Kare-Kare, you can even replace the ingredients with seafood and different varieties of meats.

The history of Kare-Kare stretches back hundreds of years. Two stories attribute the meal’s origins to different regions,, with one saying it came from the Kapampangans in the Pampanga region of Central Luzon and the other saying it originated from the nearby Tagalog people.

According to the Kapampangans, Kare-Kare originated from a dish called Kari. Developed by the Moro people of Southern Mindanao, Kari resembles dishes such as Thai fish curry but does not resemble Kare-Kare; it was only later changed by the Kapampangans to create Kare-Kare.

On the other hand, while the Tagalog people agree that Kare-Kare came from kari, they claim that they were the ones to invent the newer dish. According to the Tagalog, they learned about the Kari dish from the Kapampangans who would sell it by the roadside. Kari at the time was not a dish that anyone could make due to its complexity, so the Tagalog would try to create imitations of the dish. The Kapampangans had a poor image of these imitations, dubbing them as Kare-Kare.

Whether you believe it originated from the Kapampangans or the Tagalogs, the modern dish today is a staple in Filipino culture and cuisine. Although it may be difficult to find certain Filipino ingredients in the United States, here is a recipe that anyone can make from ingredients you can find at your local grocery store.

1. Wash the oxtail and clean the tripe by putting on coarse salt and scrubbing, then rinsing.

2. Put the oxtail and the tripe into a pot of water with salt, pepper and bay leaves. Boil until the meat is tender, or 30 to 45 minutes.

3. After boiling, put the pot aside and take out the meat. Save the broth and cut the tripe into two-inch pieces.

4. Add the Mamasita’s Kare-Kare Mix into one cup of the broth. Make sure to remove any fat in the broth before mixing the powder in.

5. Saute the onion and garlic in a separate pan, then add the oxtail and the tripe. After sizzling for two minutes, add the peanut butter and mix. After three minutes, add the broth with the Mamasita’s Kare-Kare Mix, then add two more cups of broth, sitaw beans, bok choy and eggplant. Let it simmer and mix every three minutes until vegetables are fully cooked. Enjoy!