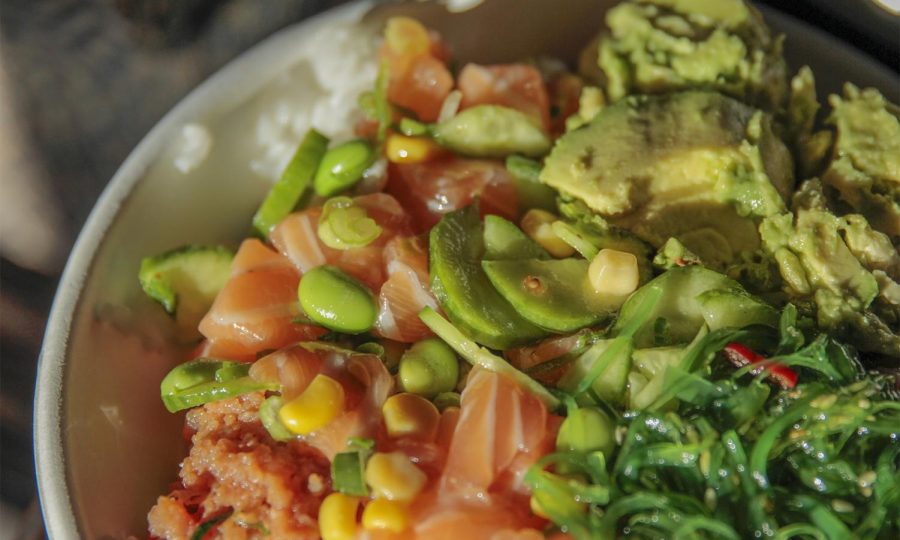 Exploring the realm of food: Various diets and dishes

A healthy diet is one of the most important things to maintaining your health, but it’s just so much easier to grab that bag of chips over preparing fresh fruit. For those of you struggling to stick to a healthy diet, it may be a good idea to explore if there’s a better diet for you. Please note, prior to starting any new diet regimen, you should discuss the various benefits and risks with a medical professional to make sure it is right for you.

Vegetarian. Vegetarians cut out all meat of their diet, including fish and poultry. Besides the environmental and ethical benefits of not consuming meat, vegetarians reap many health benefits, such as improved cardiovascular health and stabilized blood sugar. A well-balanced vegetarian diet can certainly provide high intake of nutrients like fiber, Vitamin C and Vitamin E. However, cutting out meat and fish can lead to protein and Omega-3 deficiencies. To avoid this, make sure to include protein-rich plants such as nuts and tofu in your diet, in addition to fruits, vegetables and grains to fill any nutrient deficiencies you may have.

“I’m vegetarian because it’s part of the culture and traditions of my family,” junior Surya Subbarao said. “I enjoy samosas, which are Indian triangular snacks filled with vegetables and spices, usually with sweet or spicy sauce. I like them because of the variety they have in terms of the filling and the sauce, and they can have a lot of different flavors.”

Vegan. A popular type of vegetarian diet, the vegan diet is similar in that it also cuts out all meat, fish and poultry. The difference is that vegans cut out all animal products from their foods including eggs, milk and all forms of dairy. In fact, many vegans consider it to be a lifestyle choice, abstaining from all forms of animal cruelty, including food, clothing and everyday products. However, similar to vegetarians, vegans can suffer from various nutrient deficiencies due to cutting out so many foods, including iron, calcium and zinc. Enriching your diet with nutrient-rich plant foods instead of processed vegan foods will help enrich your diet and minimize the risks of the vegan diet.

“I enjoy trying new things to benefit my health, so I was vegan for half a year at one point in my life,” freshman Kristen Lew said. “Being a dancer and fitness lover, I have always been aware of my health and diet. I’m not vegan anymore because it wasn’t beneficial for training and muscle building. I’ve found a diet that works better for me, and I feel healthier and happier as a result.”

Carnivore. The carnivore diet is the exact opposite of the vegan diet, consisting entirely of meat and animal products and cutting out all plant foods. Proponents of the diet believe that the increased protein intake and abstinence from carb-heavy foods can provide health benefits. However, there has been no research supporting these claims. The downside of the carnivore diet lies in that it is high in fat and sodium, which can lead to kidney stones, fatty liver disease or high cholesterol in addition to nutrient deficiencies. Moreover, meat and animal products are less environmentally-friendly than plant foods. Cutting out all vegetables may sound enticing, but you might want to consider the trade-off first.

Gluten-free. Gluten is a group of proteins found in certain grains, such as wheat, rye and barley. If you feel symptoms like nausea, bloating, diarrhea, constipation or stomach cramps after eating foods with gluten, you may have gluten intolerance and would benefit from following a gluten-free diet. Since many grained foods, including breads, pastas and cereals, tend to have ingredients with gluten in them, it’s important to read the labels of processed foods. Going gluten-free doesn’t have many added health benefits or risks, but it may truly help those whose bodies don’t handle gluten well.

Ketogenic. The ketogenic diet, better known as keto, aims for low carbohydrate and high levels of healthy fat by replacing the carbs you eat with fat. Other than decreasing insulin and blood sugar levels, the low-carb diet is beneficial for those with diabetes. The limiting of carbohydrate consumption can also induce a metabolic state called ketosis, in which the body begins to burn fat instead of carbs for fuel. However, there may be side effects for those that follow the keto diet in the long term, such as muscle loss, cholesterol spikes and micronutrient deficiencies. This diet is most safely done with medical supervision.

Paleo. There’s no doubt that humans’ diets have changed drastically through the years, but you can replicate what humans ate as hunter-gatherers in ancient times by following the paleo diet. This is done by eating entirely natural foods, eliminating all sugars and processed foods from the diet. Although the potential risks are unknown, the paleo diet does provide some benefits, such as better glucose and blood pressure levels, as well as a better appetite overall. There is no one right way to do the paleo diet, as every ancient human ate something different, but you can explore with this diet and perhaps unlock part of yourself you didn’t know existed.

“The saying ‘you are what you eat comes to mind,’ and I believe it is a good idea to cut down on foods that don’t benefit our bodies in any way,” junior Samhita Suripeddi said. “Researchers still don’t know the long-term impact of this diet, so I am wary of some of its aspects, like the lack of fiber and calcium intake. I believe that humans have evolved, and I think that the mimicking of ancient hunter-gatherers is a stretch.”