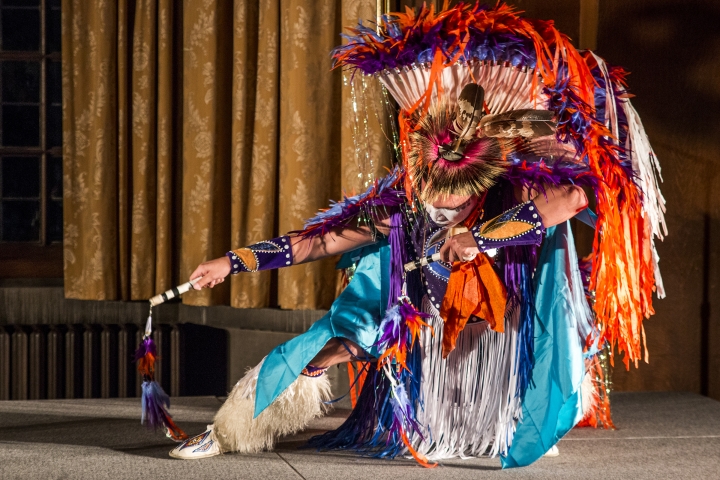 The month of November is set aside to celebrate and acknowledge the culture, histories and contributions of Native Americans and Alaska Native people. Known as Native American Heritage Month, it also serves to educate and raise awareness about the challenges Native people have faced and overcame, both historically and currently.

The historical relationship between Colonial Americans and Native Americans is fraught with fatal conflicts and oppression, as the colonists attempted to minimize the influence and importance of their cultures, people and lifestyles. Native Americans have consistently been assimilated into Western culture against their will.

“All of us in the Native American community have the responsibility of teaching our children how to overcome challenges of all kinds,” Ryukyu middle school teacher Michelle Somday said in an interview. “Being raised on the reservation and understanding the Native American culture has taught me resiliency as well as pride in my identity. It has taught me to strive to be the best I can be and to respect different views.”

Despite Western colonialism largely controlling the narrative of Native Americans to outsiders, efforts to raise awareness and appreciation of Native American culture have increased, stemming from the early 20th century and persisting to this day.

Congress has passed different resolutions in attempts to celebrate and respect Native American culture as a nation, with different presidents declaring a certain day or month each year to do so. The date itself varies, a notable example being in 2009, when former President George W. Bush officially declared Native American Heritage Day to be the day immediately following Thanksgiving—the same day as Black Friday. In both 2019 and 2020, President Trump declared November to be Native American Heritage Month. This is not a new idea; in 1990, President George H. W. Bush was the first to do so.

Its celebration has since continued for three decades, as each November is dedicated to celebrating Native American culture in efforts to revitalize customs that were widely lost due to cultural erasure.

It is paramount to recognize the importance of this month, as it not only encourages cultural appreciation, but also raises awareness about the plethora of issues that Native Americans still face today as a direct result of Western expansion. These issues include, among many others, loss of land, cultural appropriation, racism and more recently a highly disproportional COVID-19 impact.

“Across the nation, commemorations of this month take on a new meaning amid the ongoing COVID-19 pandemic and its devastating impacts on tribal communities,” California Governor Gavin Newsom said in a recent proclamation. “In 2020, we are faced with the stark reality that we as a nation have failed the first peoples to call these lands home. COVID-19’s disproportionate impacts on tribal communities have highlighted these disparities and made it clear that these shortcomings continue today.”

Even with the presence of COVID-19, the United States Department of the Interior Indian Affairs (DOI) has persisted to continue this month of observance by means of virtual events and social media. These events include keynote speakers, many of whom are of Native descent or are tribal members who hope to empower Native organizations and communities through advocacy. In addition, they have encouraged the use of hashtags such as #RockYourMocs, #NativeAmericanHeritageDay or #RedShawlWeek to draw attention to issues that Native people have faced as well as to help inspire cultural pride and encourage individual tribal identity.

With the rest of November still remaining, there are many ways to celebrate Native American Heritage Month. Colleges like University of San Diego, Central Michigan University and Southern Illinois University Carbondale are hosting a variety of virtual activities that feature discussions with panelists, the showcasing of traditional art, or guides on how to appreciate Native culture without appropriating it. With the pandemic still in full effect, this gives us the opportunity to learn and appreciate Native American culture from a wide range of voices within the safety of our homes.

“Native Americans nationwide are compelling us to reexamine this nation’s history and identity through protest, art and persistent advocacy,” Newsom said. “This leadership has challenged us to evolve into a better, stronger nation and helped us step up to the plate to make true a California for all.”