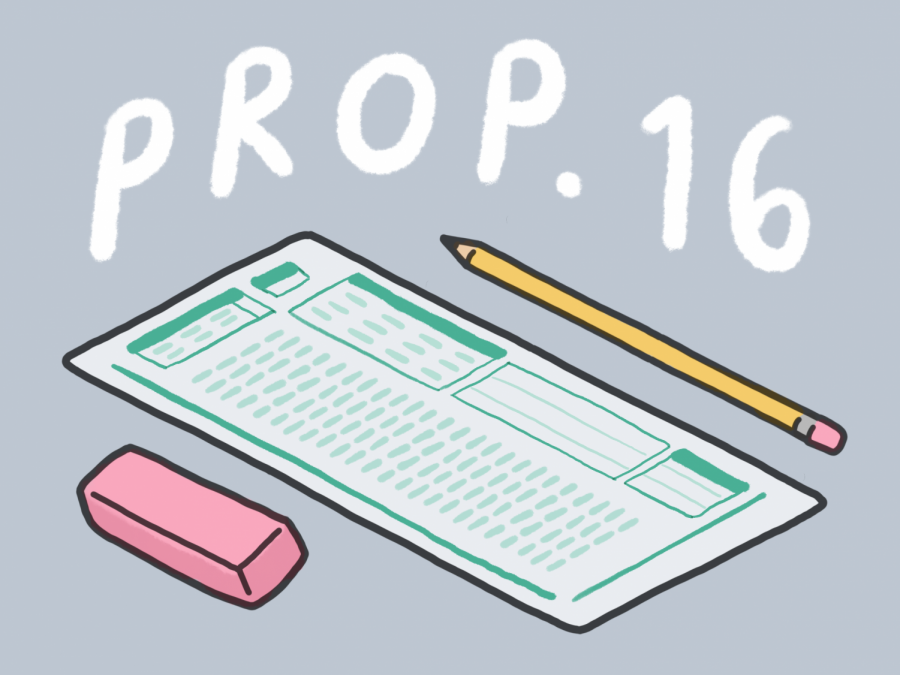 Proposition 16 will appear on the general election ballot on Nov. 3 asking Californians to vote on whether or not to repeal Proposition 206, which had previously banned Affirmative Action, which allowed universities and workplaces would take race, ethnicity and sex into consideration when making admission or hiring decisions.

Debates about the virtues and pitfalls of Prop 16 will undoubtedly dominate the news cycle until Election Day, but it is the wrong conversation to be having. Instead, we should talk about how Affirmative Action itself is a band-aid over the bullethole in a system broken beyond repair. What’s worse is that it actually pits minority groups against one another when we should all be in the fight to end systemic racism together.

It’s a classic divide and conquer strategy. To keep two opposing forces from uniting to topple a system, those in power convince the opposing forces that they are in competition with each other for scarce resources, in this case key college admission spots and lucrative jobs. Affirmative Action attempts to solve for diversity by offering some a chance at the job, but in reality fractures minority groups into coalitions, each seeking to prove that they are more deserving than the other,, sparking fear and internal animosity that hinders the fight for equality. Like dogs at the master’s table, we fight amongst each other for scraps instead of questioning why the master controls the system at all.

In one of the largest scandals in Harvard history, Asian American students argued for inclusivity, claiming that Harvard caps the amount of spots available to them. While movements for equality are never bad, it’s important to note that the same people who argue against Affirmative Action are silent when it comes to issues that involve other minorities.

As Asian American students and second generation immigrants, we would be lying if we said 99% of dinner table conversations with our parents didn’t consist of grueling discussions about our future. “Score higher than them on the SAT,” “Be better than them at sports” and “Do better” are all phrases we’ve heard, but they promote the sort of “race to the top” mindset that pits students against each other.

The cold and hard battle against racism in college admissions is not won by debating about Affirmative Action, but fighting for larger shifts in mindset and global movements for equality. We all deserve absolute equality and fair judgement from college admissions officers. Attending Black Lives Matter protests, spreading awareness on Asian misrepresentation and the model minority myth are all ways to create the permanent change we desire without trying to repair a system that is already fractured.

So instead of travelling to the voting booth to pass a verdict on a policy crafted by the same white politicians who are racist when it serves their purpose, let’s fight this our way.