Getting off the fence of offensive comedy 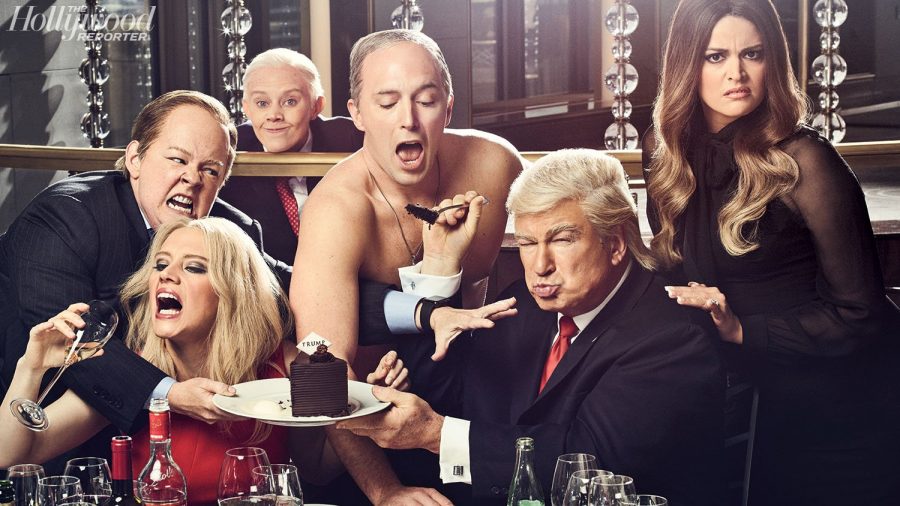 “Saturday Night Live” (SNL) fired comedian Shane Gillis from its 45th season on Sept. 16 for making “racist” and “bigoted” comments in past podcasts and routines, bringing about waves of controversy and inundating newsfeeds with a slew of conflicting arguments. Gillis is not the first victim of so-called “cancel culture.” With similar controversy surrounding plenty of Hollywood celebrities, including “Guardians of the Galaxy” director James Gunn and comedian Kevin Hart, and offensive tweets seemingly uncovered every week, we must ask ourselves: Can comedians be offensive in this era of politically correct (PC) cancel culture?

Yes, comedians can be offensive if it’s funny, and––last time I checked––comedy is supposed to be funny. Offensive jokes shine as a mechanism of humor. Just watch any comedy special by Bill Burr, Sarah Silverman or Russell Brand and you’ll find that their jeering jabs at the status quo are a hit with the audience. The roaring laughter doesn’t lie.

Beyond anecdotal evidence, a 2008 research article on “elucidating the bonds of workplace humor” by Associate Professor Cecily Cooper from the University of Miami provides several theories on the mechanisms of humor that can explain the appeal of offensive jokes. Humor, she claims, is a reaction to the unexpected and a way to assert superiority. So offensive jokes can be funny because they have that incongruous shock factor and criticize a target group as if they are inferior.

However, Cooper also posits that humor is determined by the degree of cognitive analysis done by the audience. When a joke targets a group that is already disenfranchised by society, a comedian risks the audience realizing that it’s not socially

acceptable to laugh at their expense. And while top-notch comedians can walk the line with their over-the-top delivery and flamboyance, no comedian can save a joke that at its core is unfunny and tasteless. So where is that line between healthy, provocative jokes and tasteless, offensive statements?

Second, don’t use hate speech and slurs loaded with an uncomfortable history of racist, homophobic or sexist persecution (e.g. the n-word) because it’s immoral to remind people of their past suffering in a comedy bit. Racial slurs do not make a routine funnier. This doesn’t mean that a comedian can’t be vulgar or derogatory (there are plenty of pejoratives out there that haven’t caused mass suffering), but they should have some discretion.

Third, purpose behind offensive comedy is essential. Audiences feel more comfortable laughing at statements that truthfully scrutinize someone, but it helps to mock the privileged instead of kicking someone who is already down. For example, in his most recent Netflix special “Paper Tiger,” Bill Burr brilliantly mocks “white women” who complain about “white male privilege” despite having only a “slightly less awesome” life than his own while still acknowledging that there are white women who aren’t privileged. His delivery is loud and angry, but he makes a point to honestly satirize rather than merely spread hate. Nuance matters. The quote that got Gillis fired (which is too obscene to publish in a school article) broke these guidelines with racial slurs and no purposeful message, pushing his “comedy” into the realm of hate speech.

The comedian clearly is most responsible for their controversial routines, but what role does the audience play in this? Do they need to develop thicker skins? No, it’s healthy to have the PC population reign it in when comedians overstep their bounds. Without some limiting factor in the audience, comedy could easily devolve into a boorish mess of racism, homophobia and the like for cheap laughs. At the same time, it’s healthy to have people who can appreciate offensive humor when it is done well. Without any light-hearted fun, overly-zealous members of PC culture who police comedians’ humor

could stifle their creativity. Like offensive comedy (and all good things), PC culture is best in moderation.

The root of the current offensive comedy versus PC culture controversy lies in the extreme polarization of each side and the tendency to antagonize anyone with an opposing perspective. The hateful, overgeneralized terms that are thrown about during this banter only fuel more hatred. Proponents of PC culture label the other side as “racist” and “bigoted” for supporting offensive language. And while hate speech is unacceptable, someone who finds offensive comedy funny isn’t immediately a racist––just as someone who finds dark humor funny isn’t immediately a sociopath or as someone who finds knock-knock jokes funny isn’t immediately a simpleton. On the other hand, fans of offensive comedy are quick to label the other side as “triggered,” overly-sensitive “snowflakes.” And while we should maintain a light-hearted, creative environment for comedians, deriding someone for trying to keep comedy respectful is morally backward. These hateful polarized perspectives have a shred of truth, but they extrapolate these characteristics to anyone who disagrees with them in a blatantly ignorant fashion.

Recognizing that this variety in thought is healthy in comedy can help solve much of this controversy. Before resorting to overgeneralized and hateful terms, it’s important to consider whether a joke was truly hateful or if you just didn’t find it funny. More importantly, comedians should dampen this controversy by having the discretion to write offensively in good taste. Comedy employs laughter to commentate on social taboos and send a message. To send a purposeful and tactful message, having mindful moderation is key