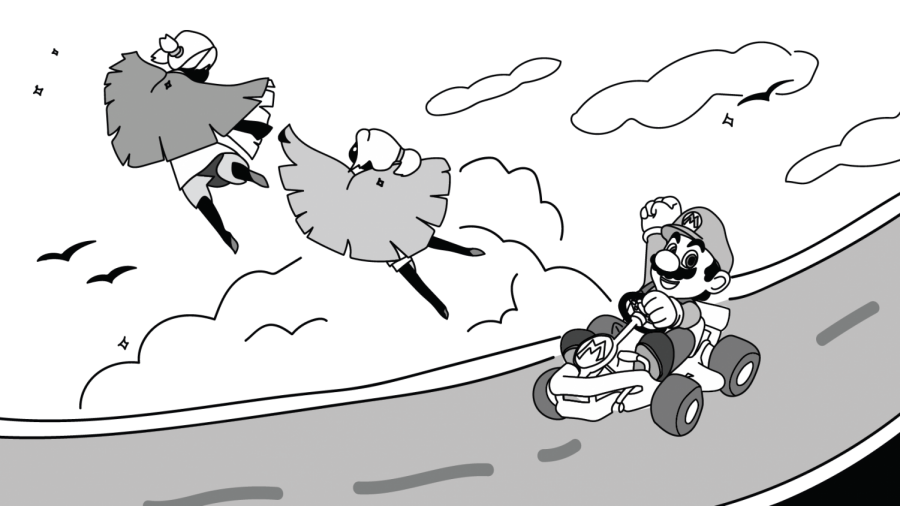 It’s an old classic brought back to life, revitalized to fit in the palm of your hand. Released in 1992, “Mario Kart” was a popular game that many of us enjoyed in our childhood, appearing on the Nintendo Gaming System, Nintendo Switch, Wii, DS and now as a mobile app. The game consists of tours based on real-life locations with cups of three races and a bonus challenge course.

Even without a landscape display similar to most racing games, the portrait design simplifies the controls while still allowing it to be fun and easy to use. Driving controls are relatively simple: swipe with your finger to steer and activate turbo mode, and flick to launch shells, banana peels or bombs at your opponents in classic Mario Kart style. The incorporation of new maps and playable characters adds a freshness to the game while maintaining those classic elements of “Mario Kart” along with the reward system where your achievements and performance in races provides Grand Stars to unlock cups and mystery boxes. Another major advantage is that each race lasts about two minutes, allowing users to complete a single race or the entire tour in a short period of time.

Unfortunately, the game faced some early criticism as a “pay to win” model, offering advantages to players who pay $4.99 a month for the gold pass, and it lacks a crucial aspect: multiplayer. While the app contains a ranking system to compete with your friends, that is just a taste of the game’s potential with multiplayer. Nintendo promises that multiplayer will come in a future update. The campaigns are still exciting and challenging, but multiplayer is the last piece of the puzzle.

“Sky: Children of the Light”

Just imagine a limitless world to wander the sky. Birds, stingrays and jellyfish float around just above the milky white clouds as you glide towards small islands of greenery. Soft music fills the background as the emptiness and beauty of the landscape is all you can see for miles. It is a visual masterpiece.

The free mobile app “Sky: Children of the Light” is centered on a player’s adventure in the Kingdom of Sky where they can explore the kingdom’s history, meet spirits and return fallen stars. While the game is not fast paced, Sky delivers on quality. The visuals and audio of the game perfectly reflect the peaceful ambience and atmosphere of the environment. The graphics alone make the game beautiful. This helps cover the drawback of slightly slow storyline and repetitive tasks for each level, but the pace quickly picks up towards the end, contrasting the initial levels of calm flying with the excitement of frantic running and hiding. Overall, the game excels in its design, music and graphics.