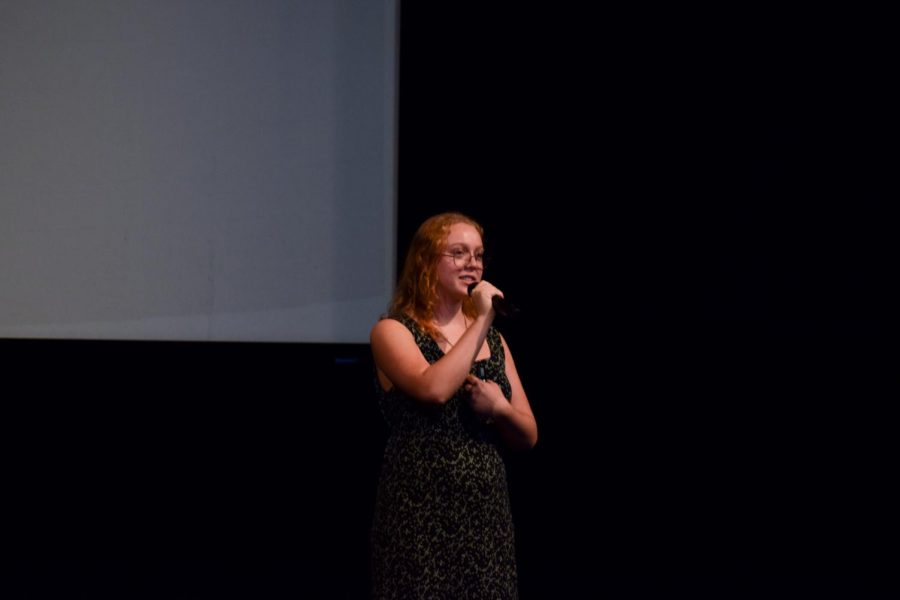 Northwood’s very first TEDx event was held in the Northwood theater, featuring student and faculty speakers from throughout Irvine on Oct. 19.

Each speech was limited to under 18 minutes based on rules set by TED and covered topics including the healing effects of nature and the importance of being interdisciplinary.

“I thought it would be a cool way to get involved with the school since I wanted to meet new people and hear about new ideas,” Garneni said. “I’ve watched a lot of TED Talks before and wanted to share an idea that I hadn’t seen very much of that needs more recognition.”

The event itself was organized by senior Ellen Wang, who coordinated everything from publications to auditions. Speakers were chosen after submitting a detailed application with a video recording and a script of their speech and had to answer a multitude of questions to ensure they were qualified to discuss their individual topics.

All applicants received personal feedback from Northwood teachers, board members of Speech and Debate and Wang herself on their speech and their public speaking skills. The selected speakers met for several rehearsals to prepare before the final event.

“I loved the team unity that I had with all the other speakers and everyone involved in putting this event together,” Srinivas said.“It felt like one big family when we were getting prepared: everyone was very supportive and gave advice on each other’s speeches.”

During the intermission, audience members were able to write down some of their “ideas worth spreading” on sticky notes, which were displayed on a whiteboard for the interactive exhibit that could be viewed at the event’s conclusion.

“It was a great opportunity for both the speaker and audience to engage in global issues and address what we can do to move forward as a society,” attendee sophomore Alex Fleming said.

The event allowed community members in Irvine to share their passions and ideas about the future. Each speech highlighted noteworthy ideas that have and will continue to influence the lives of many people throughout the world. Although many of their themes have been addressed countless times, their urgency and relevancy stays the same.