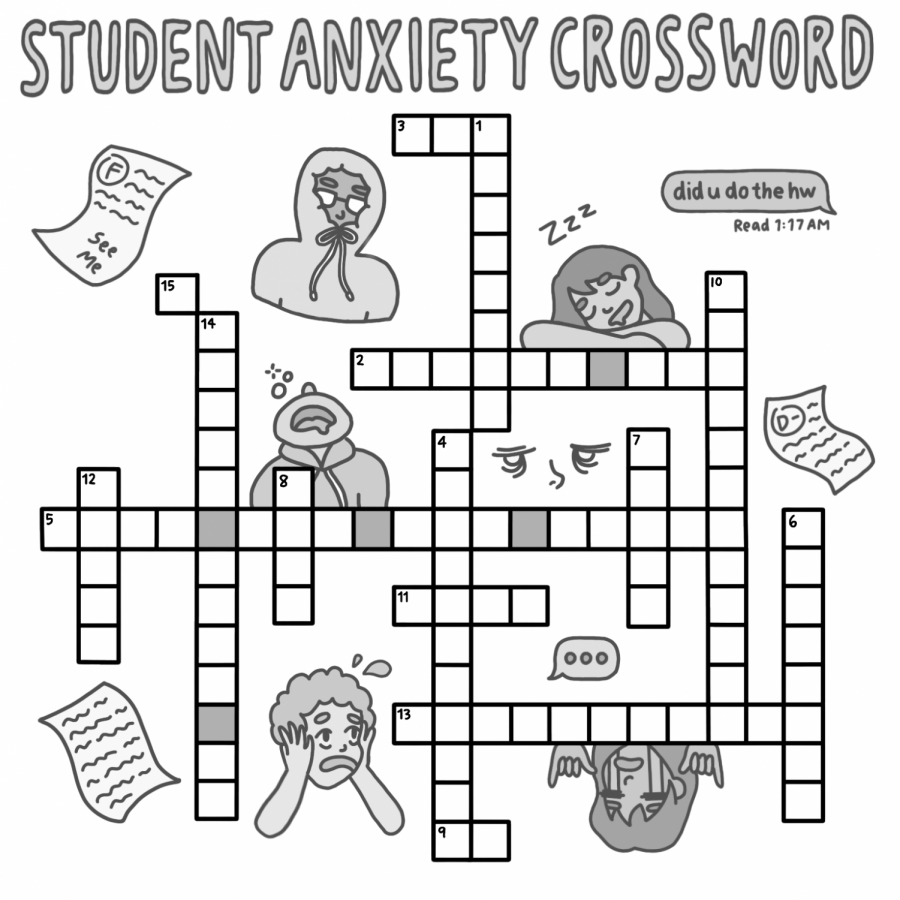 2. Tears + chips + ice cream
3. Procrastination and Netflix are like Siamese twins. In The Office, the cat that Dwight gives Angela killed an entire family of _______.
5. Study music on YouTube that you’ll be listening to for the next few hours or so.
9. What do the ACT and SAT have in common? (Other than the fact that I scored below a 20 on both tests!)
11. When things go bad, check out the National Mental Health Alliance at 800-950-_____
13. After getting assigned American Civil War research, Encyclopedia Britannica is the first stop––and then Wikipedia of course. Anyway, the primary author of the American Civil War entry in the Encyclopedia Britannica wrote a book with a really long title in 2006. First word of that title is:

1. If you finish this crossword, you’ll get five points extra credit on any assignment! A tablespoon of peanut butter has 100 ____.

4. Anxiety disorder
6. The pointiness of a peak of a distribution curve (rhymes with mitosis).
7. Fe2 + O2 → Fe2O3
8. Rarely achieved but recommended hours of rest 10. Powerhouse O.T.C.
12. The _____ Rebellion, a 1900 rage against Westerner influence
14. Capstone, anchor or other essays, you’re going to be typing a lot this year. The only font for drafting is ________. Hint: it’s actually the most legible font available.
15. Shoot! You second-guessed yourself on that English quiz again. You should’ve chosen _____.

Pick up a physical copy of The Howler for answers!