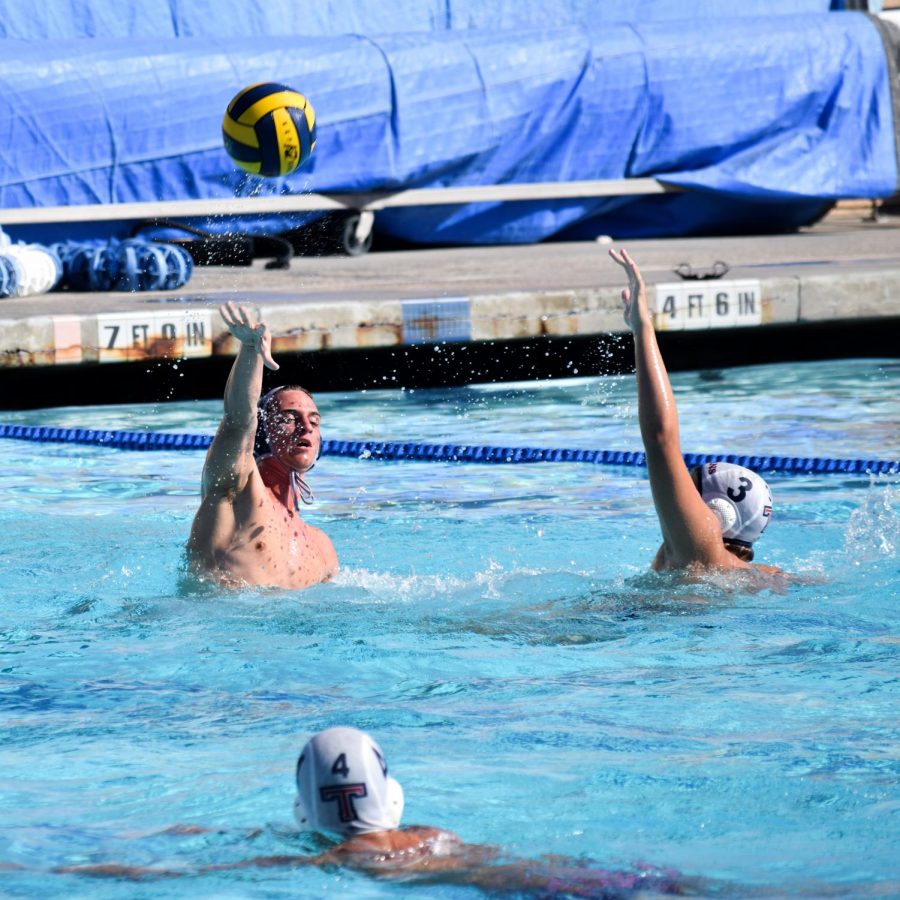 Boys Varsity Water Polo’s stellar offense and ruthless defense under Coach Kyle Kim-E are destined for success in the California Interscholastic Federation (CIF) playoffs, typically held in the middle of November. This was evident going into the season and became increasingly more clear as the Northwood’s water polo year unfolded.

While Kim-E’s team blossomed in the first game of the season against Tesoro High School, the following week, their defense was met with a challenge against Edison High School, as they struggled to keep them from scoring. However, with an offensive onslaught, the team pulled through and emerged victorious.

“So far we have been playing great and we have managed to stay undefeated,” varsity player junior Cameron An said. “We have high hopes for the season and hope to carry this momentum.”

After their pivotal wins this month, the Northwood Water Polo team hopes this will be a reflection of the season. Coaches and faculty are providing plenty of moral support in an effort to motivate their water polo students and well-wish for their success.

“We practice 18 hours per week—including morning and afternoon practices—in order to compete against the top teams in our division,” An said.

With such hard work and determination, the water polo team awaits a championship: their fifth since the school’s opening.

“This season I hope we can take it all the way and win the Division 3 CIF championship, and along the way, ensuring the team’s success over the individual’s,” An said.

By prioritizing the team’s success over themselves, they hope to be crowned the Division 3 CIF champions and leave every opponent wishing they were a T-wolf.

So what makes a good leader? People have many different opinions on it all: some say athletic ability while others say positive attitude. These qualities, however, only scrape the surface of what a good leader should be.