The Northwood Howler • May 4, 2022 • https://thehowleronline.org/5252/viewpoint/public-electric-scooters-the-benefits-to-its-implementation-2/

Public Electric Scooters: The benefits to its implementation 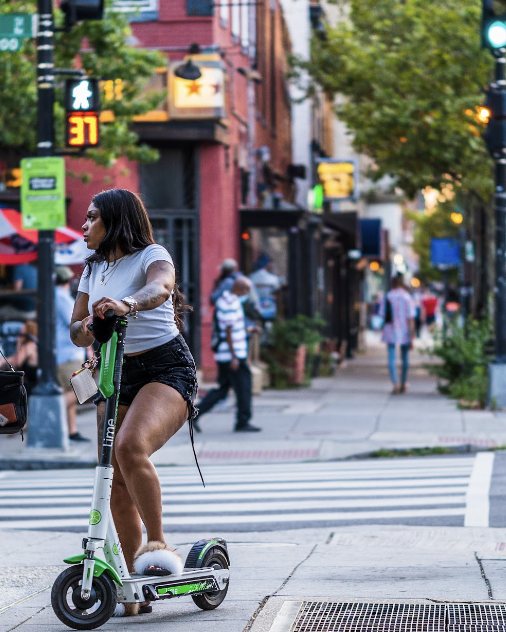 Electric scooters can help to subsidize the amount of carbon dioxide in the atmosphere past the healthy threshold. In an article from the website Our World in Data, transportation accounts for ⅕ of the world’s carbon dioxide emissions that are released into the atmosphere, due to combustion engines located within other models. However, as electric scooters do not utilize these engines, the overall CO2 emissions will decrease. But with this, the utilization of scooters may seem unnecessary, if access to cars and other transportation services outweigh its need.

A 2019 case study by the University of Gävle tested the implementation of public electric scooters through analyzing travel patterns of citizens. From the study, they found that implementation was viable, with civilians traveling an average distance of just under 1.5 miles. The placement of scooters also depended on where the scooters were to be put to use the most. Putting stations towards the inner cities of Gävle made scooters a viable competitor with short-distance car trips, helping to reduce the amount of carbon emissions released into the atmosphere.

This implementation of public scooters can allow metropolitan cities to rethink their direction of funding for public transportation systems. However, the implementation of eco-friendly transit has one main concern: the cost. Electric vehicles are made from lithium-ion batteries, which can build up in cost overtime due to supply chains and imports from countries required to create the product. However, according to Curbed LA, Metro’s budget sits at around 1.3 billion dollars while subsidizing their funds to other transportation companies, such as Santa Monica’s Big Blue Bus and San Gabriel’s Foothill Transit. With the implementation of electric scooters within metropolitan cities such as Los Angeles, Metro can also relocate funds towards electric scooters, in order to sufficiently support its implementation. This can help to prevent any suspicion to where the funds for electric scooters may come from.

Electric scooters ultimately allow for carbon emissions to exponentially decrease, providing an attractive, eco-friendly alternative just as efficient as short car trips across cities. With these benefits, cities around the world can work to slow down the increasing climate rates, along with protecting cities and our environment, benefitting the future generations.