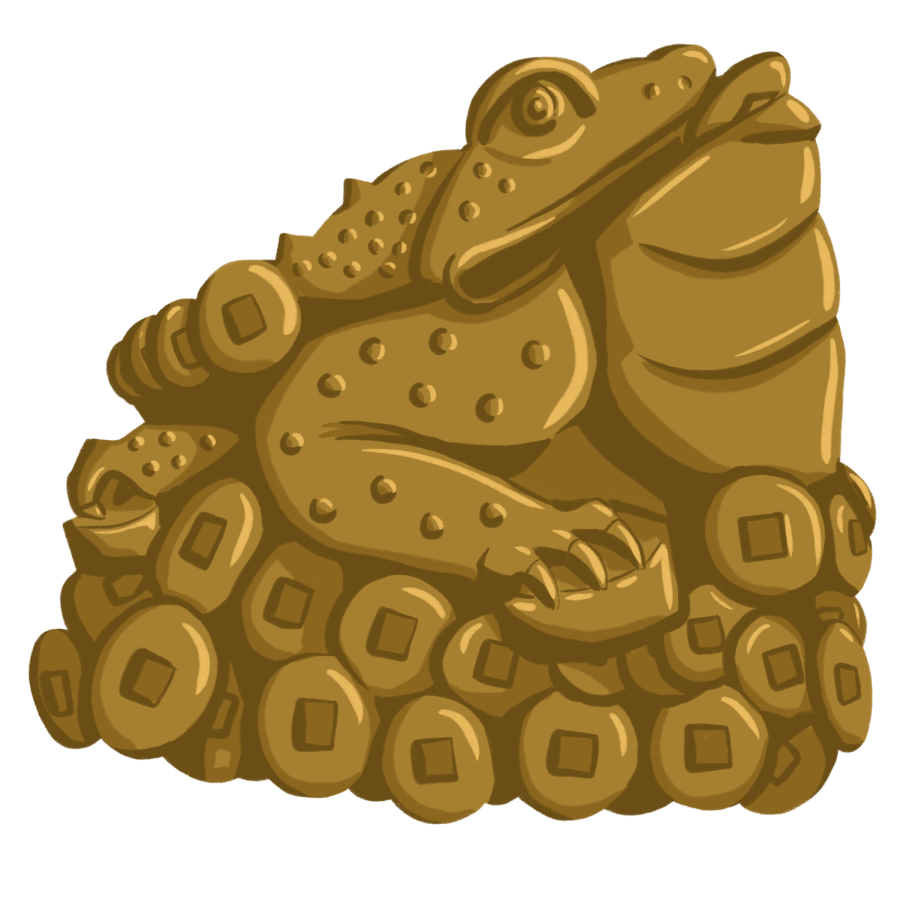 Every year on St. Patrick’s Day, the Irish celebrate symbols they believe grant them good fortune—four-leaf clovers, leprechauns and such—but those aren’t the only lucky charms that exist. Various common objects are considered auspicious in different countries, from Brazil to Norway to Ghana. 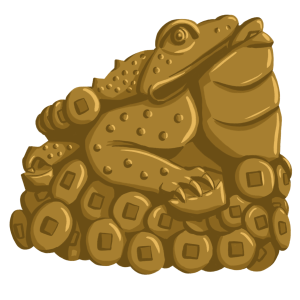 The Jin Chan, or “Golden Toad,” is a famous feng shui charm in China that is indicative of one’s prosperity and success in the near future. The mythical creature is depicted as a bullfrog with only three legs and appears only during the full moon. According to feng shui beliefs, the Jin Chan symbolizes the flow of money by attracting and protecting wealth. It is said that statues of the Jin Chan should not be placed facing the main door of a house, as it may hinder the flow of fortune from entering their home.

Dice (United States):
During World War II, fighter pilots would carry out missions with unlikely odds of returning back home. To bring them luck, gambling items like playing cards and dice were brought aboard fighter planes. Capitalizing off this information, a company called Deccofelt Corp started marketing fuzzy dice charms to hang on the rearview mirrors of cars in 1959 for the same luck attributed to victories in World War II.

Acorns (Norway):
In Norse culture, it was believed that oak trees attracted lighting and that locations with many oak trees, like Norway, were protected from Thor’s wrath. Vikings placed acorns on their windowsill during lightning storms as a means of protection. Acorns brought other forms of luck pertaining to protection as well. It is said that witches would hand each other acorns to let one another know that they were fellow witches, and that they were safe in their company. As a result, carrying an acorn also became a symbol of protecting one’s health in Norway.

Mano Figa (Brazil):
The symbol of the Mano Figa—a hand where the thumb protrudes through the middle and pointer finger—was first used by people in ancient times as a call to the goddess of fertility. Later made into charms, the hand sign is often made of silver or blood coral and used as protection against the evil eye. In Brazil, it was understood that making the Mano Figa gesture with one’s hand distracted Satan from taking over your soul.

Gris-gris (The Republic of Ghana):

Gris-gris are small cloth bags filled with four different elements—water, incense, salt and fire, as well as verses from an African ancestor. The number of ingredients in the bag must come in odd numbers and cannot be higher than 13. If these practices are taken, the wearer is believed to be blessed with good luck, money, love and health.