A showcase of magic at its best 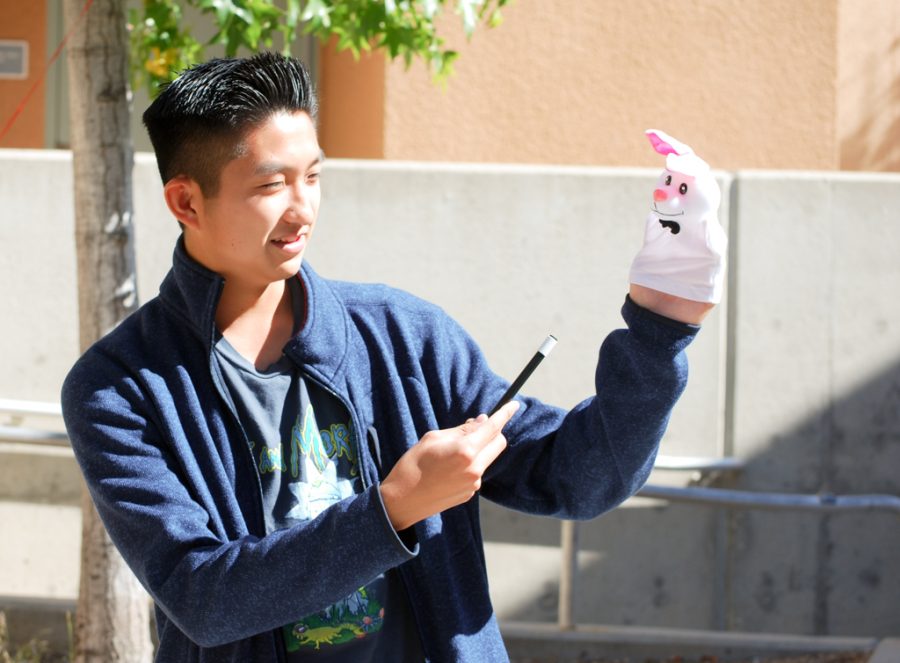 It’s said that a magician never reveals their secrets, and for good reason—after all, once you learn the trick, it no longer feels as magical as being an unknowing audience member. But if a magician is willing to pull back the curtain, you’re welcome to step inside. In honor of National Magic Day on Oct. 31, The Howler asked a few Northwood magicians to explain the secrets behind their favorite magic tricks.

This magic trick revolves around making the audience think that there was no way you could’ve known what their card was. You start by shuffling and doing whatever fancy card maneuvers you want. Then you show them the deck, rifling through it to show that it’s an untouched deck of cards. The key here is that you look at the deck of cards with them. When you fan the deck to show the audience, remember the third card from the left.

When the audience is satisfied, you split the deck into three even piles. Make sure the top third goes in the middle. This way, the card that you remember will be conveniently the third from the middle top pile. You ask the audience member to flip the top card over to place on the left pile, and the second card on the right pile. Then, you ask them to show everyone the third card, which is the card you know. Make a show of not looking at this card.

You ask them to put the card back in the deck and shuffle everything up. Then, you can go through the deck to find their card.

Next, do a double lift (lifts up two cards while making it look like just one) and ask if that was the selected card. Since the selected card is now hidden behind the second card, they will say no. Put the two cards back on top of the deck.

Remove the topmost card from the deck (this should still be the selected card). Use some creative ways to select five to six more wrong cards. You will be left with a small pile of discarded cards with the actual selection on the bottom.

Take that small pile and pinch it between your thumb and first index knuckle. Tell the person to slap the pile. At first they won’t do it hard enough, but tell them to keep slapping the cards from the top of the pile away until you are left with one card. Then, you can reveal the last remaining card to be theirs.