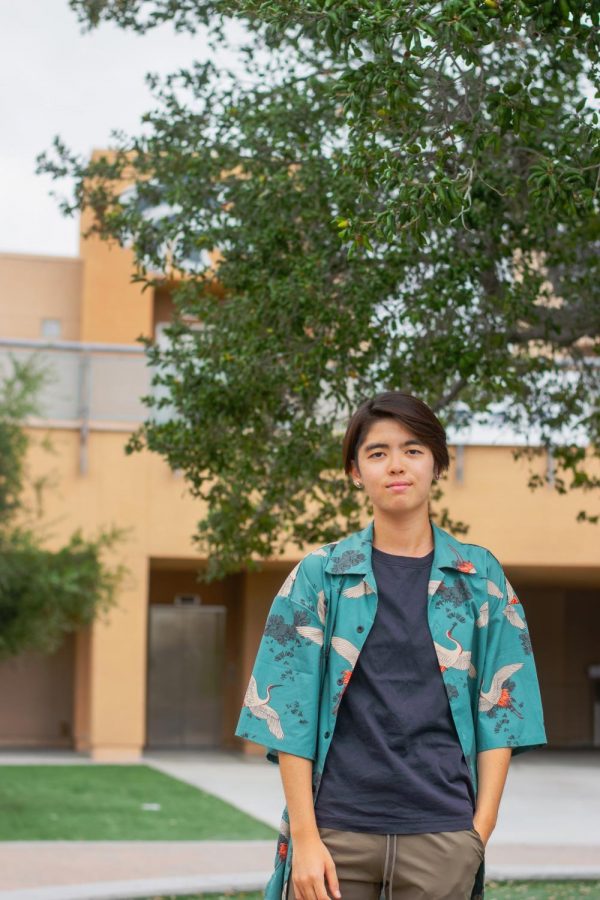 MEI THE FORCE BE WITH YOU: Senior Mei Ono leads The Howler into its 23rd year of publication.

To the freshmen who feel like they just came back from Outdoor Ed, sophomores who have never eaten lunch on campus, juniors who are nervous to take AP classes after a year of Irvine Virtual Academy, seniors who spent their summer like they were still freshmen and every other person who decided to read some of this ink printed on manufactured wood pulp—thank you. It’s great to be distributing papers again.

Joining the school newspaper was about the furthest thing on my mind when I entered high school. I’m able to write this article as the editor-in-chief of The Howler due to a series of unprecedented schedule conflicts, a vague interest in writing and an on-the-spot decision at the counseling office in freshman year after learning from a friend in P.E. that a Beginning Journalism class existed.

This isn’t to say that a 30-second conversation during P.E. will land you a leadership position your senior year—being able to join The Howler was one case where my impulsivity and stubbornness prevailed despite massive anxiety, and I was
able to begin my second semester at Northwood as the sole ninth grader in a classroom full of upperclassmen.

It’s easy to say “get out there” and “take risks,” but it sure wasn’t easy for the terrified freshman standing in the back of The Howler classroom buckling under self-doubt. Still, I can say without a doubt that there hasn’t been a single time that I regretted joining this team.

Unfortunately, being impulsive and stubborn won’t always work out, but it’ll never work out if you don’t give it a shot. So continue to make mistakes. Fail. Crash and (try not to) burn. In the case that you do, find something that motivates you to get up other than your 7 a.m. alarm. Regardless of whether or not it’s related to school, be willing to discover for
yourself why you are willing to sit through six straight AP classes.

Although I would have loved to flaunt my 17 years worth of extensive worldwide experience (limited to around three states and parts of Japan), I myself still haven’t quite figured out what drives me to do what I do, and I think that’s alright. The 48
or so months of your teenage years spent here aren’t a mad sprint, but a marathon.

And now, with every start of a school year comes a sense of excitement and nervousness; this year, these feelings just happen to be slightly amplified. When else are we going to get an opportunity for such a fresh start—a clean slate—as memories from two years ago become ones of the distant past? More than anything, this year is an opportunity to set a new standard for what Northwood is made of and to define or redefine what high school means to you.

The Howler plans to continue releasing near-daily articles on our online site thehowleronline.org in between our monthly physical serializations. We hope to catch you there.