The Northwood Howler • May 26, 2021 • https://thehowleronline.org/3447/viewpoint/preventing-suicide-requires-mental-health-aid-to-be-prioritized/ 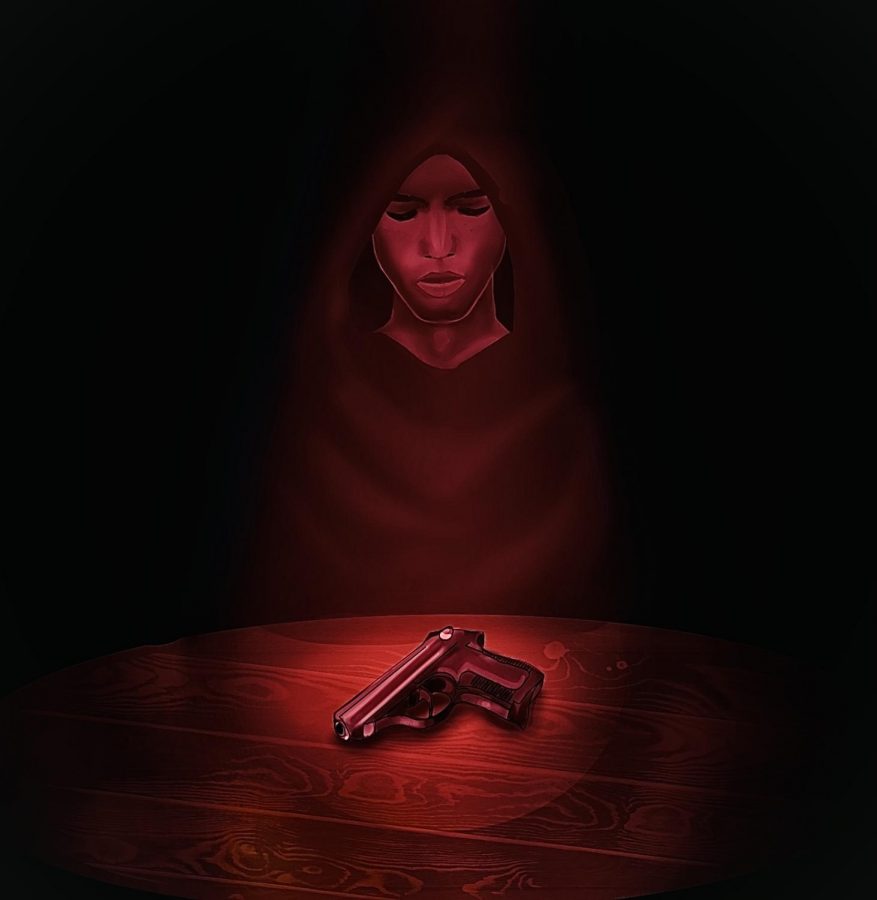 “Too many Americans are dying every single day from gun violence. It stains our character and pierces the very soul of our nation.” President Biden made this announcement in response to the shooting at FedEx last April where a man killed multiple workers then took his own life, yet Biden doesn’t seem to understand the true cause of this plight, which is the lack of mental health aid available to those suffering. The United States. as a whole needs to direct more funding to ensure the proper and complete therapy for those suffering from mental illness to prevent anymore murder-suicides, and suicides themselves for that matter.

Currently, suicide by gunshot comprises approximately 50% of all annual cases of sucide, or about 24,000 deaths, not including those who were killed with the shooter in murder suicides. These murder suicides also manifest as the mass shootings that have become so common in our life.

The FedEx shooter may have been one example, but the Sandy Hook and Aurora Theater shooters were both people who were also given access to firearms while showing signs of severe depression and aggression. They most likely wouldn’t have been able to receive the therapy they needed either with how hard it is for Americans to get help.

A staggering 42% of therapists don’t accept insurance for payment according to the California Health Report, preventing those who need aid from receiving it due to the financial burden.

The lack of aid affects everyone whether they are rich or poor, and high schoolers in Irvine are no exception.

D, a pseudonym, witnessed his own father suffer from suicidal thoughts. His father stormed upstairs after coming home one day, grabbing his gun and threatening to kill himself. D was then forced by his father to call the police, who took him in for psychiatric evaluation and confiscated his gun. A few months later, police proceeded to return the gun—seemingly unfazed by the fact that D’s father still remained in therapy due to prevailing suicidal thoughts. Fortunately, D’s father was able to receive help and is recovering to the point where he is no longer at risk, but not everyone is as fortunate as D.

Preventing firearm suicides do not require a magical cure—instead, a mixture of government investment and increasing public awareness of mental illnesses. The public awareness would remove the stigmas around therapy while government funding increases access to therapy, expanding background checks prior to the purchase of firearms and providing an emergency response to severe mental breakdowns that may potentially put the victim or those around them in physical danger.

The stigma surrounding mental health treatment is a major reason why many go without treatment, with the American Psychiatric Association reporting that over 25% of workers feel uncomfortable seeking therapy through their employer, while over 60% of workers fear retaliation for going into therapy. If workers are too scared to seek necessary help, their conditions will only worsen. But if this fear is removed, people can freely go into therapy without worry of social consequences.

Another obstacle for those seeking therapy is lack of access. A great example of improving access would be California passing the Mental Health Parity Act in 2020 to expand therapy access through insurance, and one of the major provisions was preventing insurers from stopping coverage halfway through treatment.

These provisions need to be added on a national level as the current Federal Mental Health Parity Act (MHPA) still allows for insurers to stop paying for therapy when they feel it isn’t necessary. Once the MHPA is revised, the government should then focus on ensuring that therapy is a readily accessible service by making it free for those who need it.

The threat of suicide is compounded due to the access of guns across the nation. In their current form, background checks only survey if the buyer has a criminal record, along with some other factors that may contribute to preventing ownership, such as a court order. However, suicide is often an impulsive decision and cannot be anticipated by background checks without further scrutiny, demonstrating the need for them to include psychiatric evaluations by professionals to ensure that the person will not harm themselves which will grant them the help necessary to lead them on a road to recovery.

Currently, the Psychiatric Emergency Response Team (PERT) is available in Orange County in the case that a major mental health crisis should arise. PERT provides risk assessment of victims and hospitalizes them if needed, but it is only used on a small scale.

PERT is only active during the day, with no workers at night despite working with police. Despite being the main response team for these situations, the police are not trained to handle mental breakdowns, a fact amplified by them only having 40 hours of behavioural crisis training compared to the years therapists spend in college. PERT must be expanded to allow 24-hour response to breakdowns and prevent further harm to the victim and those around them.

In severe cases of depression, individuals may turn to self harm due to the lack of aid, but this shouldn’t be a problem any longer as we as a society have the resources to help them, whether it’s therapy helping people heal or PERT responding to a breakdown. The violence will end as long as we work to help those in need.