The Northwood Howler • May 30, 2021 • https://thehowleronline.org/3397/viewpoint/failures-of-state-testing-in-measuring-student-achievement/ 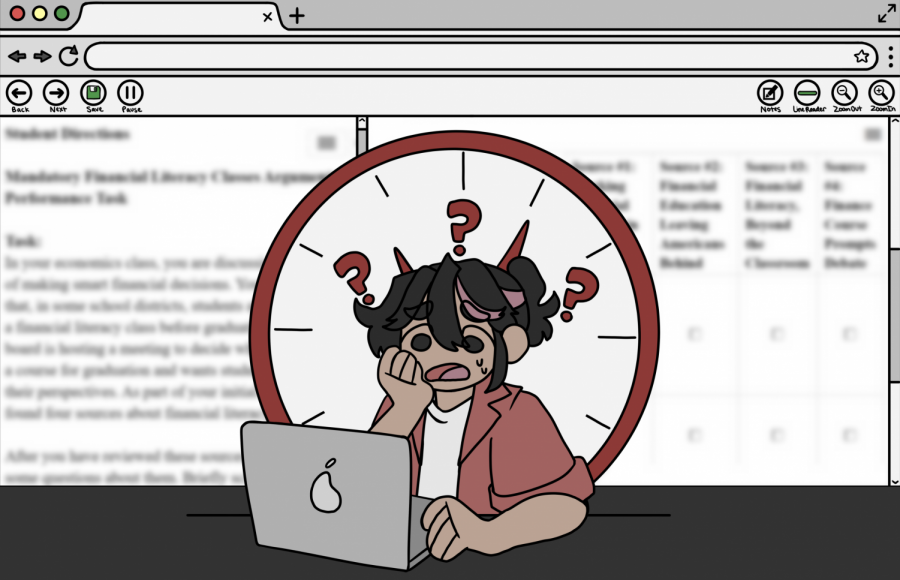 With the recent administration of the California Assessment of Student Performance and Progress (CAASPP) to students across the state, an elusive question arises among all students: Why?

The pandemic has caused many difficulties and inconsistencies throughout the 2020-21 school year. In IUSD, newly introduced hybrid schedules and constant restructuring of courses and tests created confusion for many. The announcement of the mandatory CAASPP caught many students and teachers off guard after 2020 saw national cancelation of state testing.  Why did the government reinstate them?

The purpose of the CAASPP, as stated by the California Department of Education, is “to assist teachers, administrators, students and parents by promoting high-quality teaching and learning through the use of a variety of assessment approaches and item types.” With the inability to proctor online assessments this year, no test can fulfill this purpose. The only thing it will inevitably show is that students did not learn at pre-pandemic levels in 2020-21. This is a no-brainer, so why spend millions, and sacrifice already limited educational time to give a test to show it?

Even in normal circumstances, standardized tests are widely regarded as an inaccurate method of evaluating education. For most people, if the average score on a standardized test is high, then it is assumed that the school’s teaching methods are effective, but this is not what standardized tests actually measure. State tests are a subclass of standardized tests known as achievement tests, which interpret student skills as compared to other students, regardless of whether they were gained within the classroom. Thus, there is inherent bias for upper middle class students with college-educated parents, while any blame for  lack of achievement gets placed at the feet of teachers. The now-defunct No Child Left Behind Act of 2002 went so far as to remove teachers and administrators from schools who consistently achieved below standard in comparison to other campuses. Guess what population those schools largely served?

But what do the results of state tests directly affect? A likely answer is the state education rankings that grade states as a whole. The tests have been noted by multiple school officials to hold more weight in political value than other forms of meaningful data. Government officials have the ability to misuse these test scores by giving inaccurate ratings to schools and wrongfully penalizing teachers instead of providing struggling classes with the help that they need.

Many states tried to call for the cancelation of these tests for the 2021-22 school year, but the Biden administration stood by its decision to enforce state testing, requiring 95% of each school district’s eligible students to take the test, and no further attempts were made to convince them otherwise. Teacher unions are a strong force fighting against the avarice that runs rampant within the education system, but very few call for the cancelation of standardized tests, which would not only make the system fairer, but would also increase the budget of many school districts.

Additionally, the 2020-21 year had many schools finding ways around testing. California was one of the first states to implement a smaller, less intensive test compared to previous years, and other states have skipped the tests regardless of federal mandates. As with many other standardized tests, the best way to combat them is to remove them entirely. If more people begin to show resistance rather than acceptance towards these tests, (whether it’s through unions, petitions or even peaceful protests) then in the future, we may begin to see the removal of standardized state assessments completely.