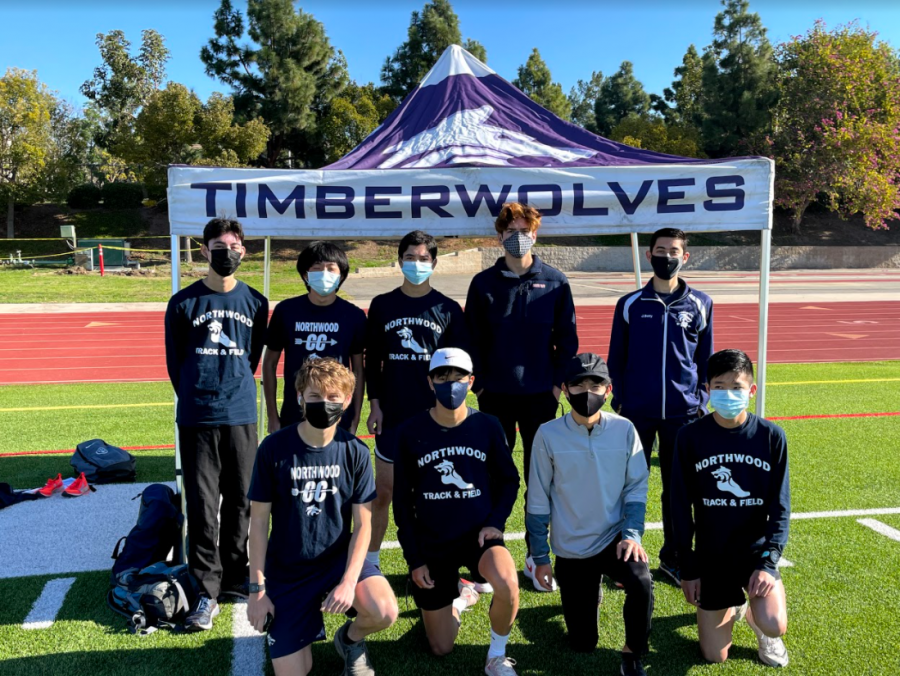 As the new season arrives and sports teams begin a shortened season, here is an in-brief of recently started spring sports.

Northwood’s swim teams dominated their early season games, beating Irvine High School with a combined 241-99 score at their March 24 meet. The boys won 137-33 for a staggering 104-point differential while the girls also broke into the 100-point barrier, winning 104-66.

Swim has had an easier transition back into regular practice than most other sports. Though it isn’t plausible to wear masks during practice, proper spacing in lanes has made the return to the pool relatively smooth.

“We were pretty fortunate to have the swim season with little interruptions to our practice,” swim captain senior Kenneth Duong said. “It’s disappointing to find out our usual team bonding activities are restricted, but we’re still doing fundraisers and virtual activities to keep us going.”

The swim team still remains in the slower part of its season, so expect to see more exciting meets once championship time rolls around in a couple of weeks.

Varsity Boys Lacrosse played their first game of the season on April 5 against Woodbridge High School, winning with a convincing 9-3 score. Although the season was delayed due to issues with the team’s preparation levels and COVID-19, the lacrosse team felt more confident than ever in their season’s start.

“I am looking forward to how flexible the season will be considering how much it changed according to COVID-19,” senior William Shin said. “Especially because we get to play against teams like Beckman again, I am definitely excited.”

Regulations for lacrosse, like most other sports, require them to keep their masks on at all times during practice. Sprints can cause slight problems when wearing masks, but basic drills like passing during practice tend to be unperturbed.

Track and Field also began their season with a win in their first meet against Crean Lutheran on March 27. The girls gave a stellar performance by taking 1st place in both the 4×100 and 4×400 relays, and the boys managed to perform especially well in their long distance runs.

With all the long distance runs and jumps Track and Field members are required to do, it is quite difficult to accommodate for masks. A conscious effort is made to wear masks on at all times, but once fatigue onsets or it’s time for an official race, the masks come off. The transition was difficult at first, but once the athletes accommodated for necessary precautions and understood their limits, it became much easier for them to adjust.

“Having to wear masks in an aerobic sport has definitely been challenging,” senior Roy Tseng said. “Still, I’m pretty excited for this track season and to compete at a high level again with my team.”

Track and Field has their next meet on April 8 at 3 p.m., so be sure to support them as they continue into the season.