Silk Sonic: How the duo came to be 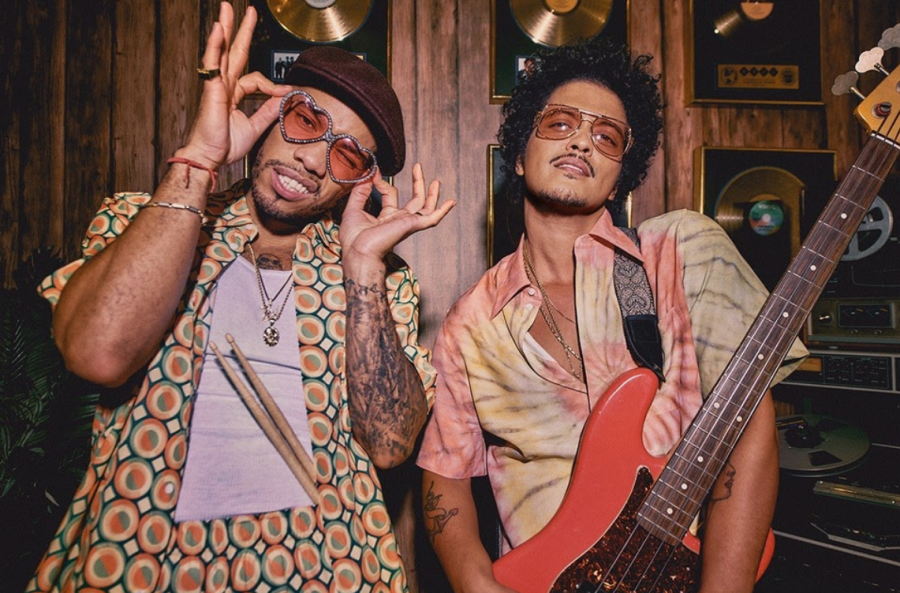 When Bruno Mars and Anderson .Paak announced on March 5 that they recorded an album together under the name Silk Sonic, fans were ecstatic. Two well-known and beloved R&B artists collaborating to create a full-length album is not only what the public wanted, but needed.

The two announced their first single “Leave the Door Open” with a music video edited by Northwood Alumni Troy Charbonnet, who has also edited videos for Marshmello, TMG and more. Although the album came as a surprise, with Mars being on a hiatus, the two artists are far from strangers. .Paak appeared on Mars’s 24k Magic World Tour as one of his opening performances in 2017. In an Apple Music interview, the two said that they created Silk Sonic in 2017 as an inside joke that later snowballed into something greater. Mars talked about how they would repeatedly come back to the recording studio, eventually creating an album in the process.

The music video emanates feelings of pure and wholesome fellowship through the screen, perfectly setting the stage for how the single should be viewed. From set design to instrumentation, all aspects that correlated to the music video created a seamless flow from device to ear. The single later reached No. 2 in the United States and in the top 20 charts worldwide. The two then went to perform at the 2021 Grammys, stunning the audience with their ability to almost perfectly replicate the recording.

Mars is also gaining massive recognition towards his vocal development throughout his hiatus. When comparing his voice from his 2010 album “Doo Wops & Hooligans,” Mars has a much more developed and rustic sound that fits the overall tone of the single. While .Paak has not necessarily taken as long of a break, “Leave the Door Open” is definitely a different genre that he is incorporating into his personal discography, opting against his usual upbeat raps with its slow and gentle beats.

The two have yet to announce the release date of their full album “An Evening with Silk Sonic,” but in the meanwhile, fans continue to enjoy what they have of the single. As they continue to earn streams and hit song charts, the success of Silk Sonic will continue to soar while we eagerly wait for the “Evening” to arrive.