DeJoy’s postal plan stirs up joy for some, concern for others 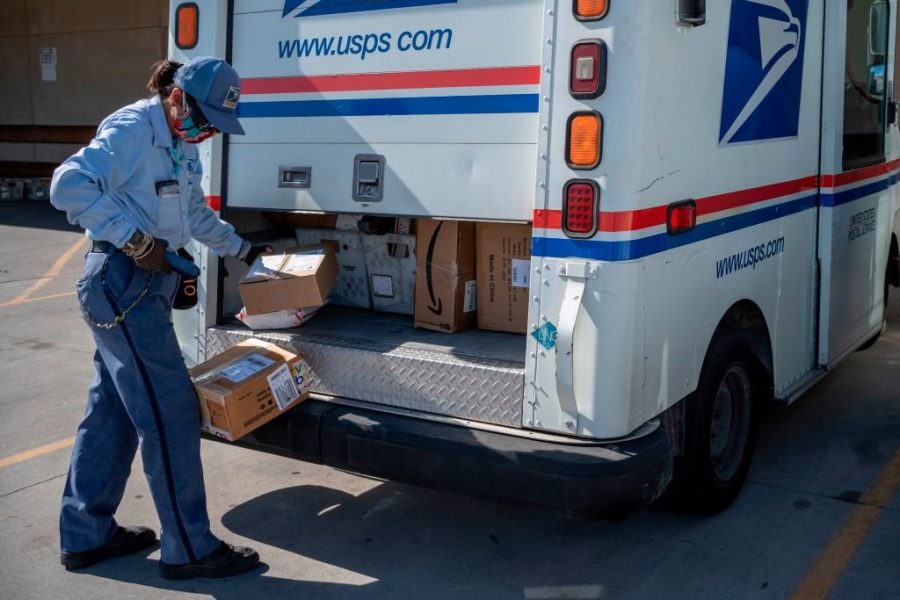 DELIVERING FOR AMERICA: A USPS driver delivers packages in the early months of the COVID-19 pandemic.

The plan was developed by the USPS Board of Governors to address Postal Board Chairman Ron Bloom’s projection of expected agency net losses of $160 billion over the next decade, and seeks to find underlying reasons for underperformance in package arrival, efficient transportation and consumer satisfaction. Some of the controversial changes included cutting retail hours, projected slower deliveries and the shuttering of some postal locations. DeJoy stated that the USPS’s struggles are systemic and need to be addressed immediately, with new reforms centered upon becoming financially self-sufficient.

“Our plan calls for growth and investments, as well as targeted cost reductions and other strategies that will enable us to operate in a precise and efficient manner to put the Postal Service on a path for financial sustainability and service excellence,” DeJoy said.

After his appointment in May 2020, DeJoy, a long-time GOP donor, came under fire as he implemented controversial service cuts to reduce costs, prohibiting extra trips to deliver mail and removing sorting machines—which USPS union officials and civilians have attributed to nationwide mail delays last year.

DeJoy’s decisions also impacted local businesses. Northwood sophomore Ayushi Das co-founded A.V. Jewelry amidst the COVID-19 pandemic, turning to her creative outlet in order to raise money for social justice organizations. However, she faced shipping challenges of her own as her sales expanded across the nation.

“Over the summer, sometimes we would ship products out and they would never arrive,” Das said. “It’s kind of hard to decide what to do in that situation since it’s not really our or the customer’s fault. It would take a lot of resources and effort to remake the product to ship it out again.”

While DeJoy’s new plan received praise for investing in upgraded transportation vehicles and efficient mail sorting with improved technology, others have expressed dissatisfaction with how the new initiative would impact civilians who depend on the USPS for their small businesses or prescription medications. Most notably, critics are concerned with possible increases in service fees and longer delivery expectancies, with first-class mail traveling on trucks rather than airplanes, first-class mail has been moved to a five-day arrival benchmark, rather than the previous three-day benchmark.

“The Postal Service is just that—a service. It’s supposed to connect our communities,” Rep. Katie Porter (D-CA) said. “We should be prioritizing solutions that help USPS deliver, but Postmaster DeJoy seems more interested in slashing a system families depend on.”

The sweeping plan heads to a virtual conference on April 6, before the changes are official, where both critics and supporters will have a chance to address the USPS board directly. While the following confirmation by the Postal Regulatory Commission (PRC) is likely, the USPS still confronts the challenge of regaining the people’s trust.

“Asking Louis DeJoy to make a ten-year plan for the post office is like asking the fox to build a better henhouse,” The Save the Post Office Coalition said. “After his record of destruction, incompetence and self-dealing over the last nine months, the only plans he’s qualified to make at this point are his own retirement plans.”