Binge or dip: The Vanishing at the Cecil Hotel 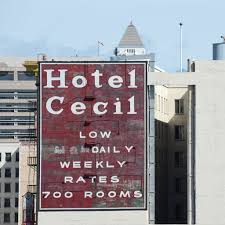 This new Netflix documentary series follows one of the strangest investigations of the 21st century that was sparked at the Cecil Hotel in 2013. While crime is not foreign to cities as big as Los Angeles, this case was particularly bizarre because minimal evidence was left behind. From local broadcasts to Chinese news blogs, the investigation spread like wildfire across the internet. However, the way it’s executed is not something we’re raving about.

Elisa Lam: A college tourist whose body was found in the water tank of the hotel she was staying at with her autopsy showing no signs of harassment, assault or pharmaceutical traces nine days after she was reported missing—that’s all we know when we are first introduced to this case. People immediately took to social media to exchange conspiracy theories, leading it to be one of the first cases where social media was heavily consulted for evidence within the investigation. Youtubers and bloggers alike built their own storylines on what could have happened the day Lam went missing.

This five-part docu-series dives deep into the psychology of the victim, along with the history of the once luxurious 20th century hotel that now sits on Skid Row in Downtown LA. However, the series’ telling of its history quickly becomes problematic as it constantly flips back and forth between the two subject matters of Lam’s case and the history of the hotel. It could have easily been split into two separate series: one solely talking about the case of Elisa Lam and the other on the Cecil Hotel, saving us the messy cohesion of the two. With this fusion, it’s immediately apparent how different the two topics are and how they both deserve to have separate tellings.

It begins with investigator Tim Marcia awkwardly delving into extreme detail about every conspiracy theory imaginable—from demon possession to method acting. For viewers who know little about any contributing details to the case, this was jarring. Also mentioned is Lam’s heavy social media presence on the website Tumblr which Marcia claims more closely resembled an  online diary; however, the social media angle is quickly dropped after the second episode and returns in the last episode, leaving viewers confused by distracting alternative theories, Cecil Hotel incidents and the importance of her social media presence.

Director Joe Berlinger is known for his signature crime docu-series format, with his most famous being “Conversations of a Killer: The Ted Bundy Tapes.” His reputation excited fans for this new release, but close to none of their expectations were met: A lot of the information is clumped with  unnecessary and distracting details, while important aspects of the case are only briefly covered. This then makes the show boring, adding no prominent value to the storyline.

Post-production choices that the producers make are completely inappropriate. Scenes of “Elisa” are shown at the beginning of the series, with voice overs of her typing on her computer and texting her family. It did not match the tone that was later set by the evidence and various testimonials that followed. The series would’ve been completely fine if it was left out.

The conclusion is anticlimactic in the worst way possible, returning to her use of social media as most essential to the conclusion of her case, which viewers understood early on. A more consistent thread regarding  her social media presence throughout the series would have yielded a better understanding of Elisa and the cause of her death. Although audiences might expect much of the mystery to be solved in the fifth episode, the answer mainly boils down to a detail that was left out in episode one. With a five-hour-long series that could have been condensed into one, you can spare this series from your watch list.