Increasing federal minimum wage is not the right answer 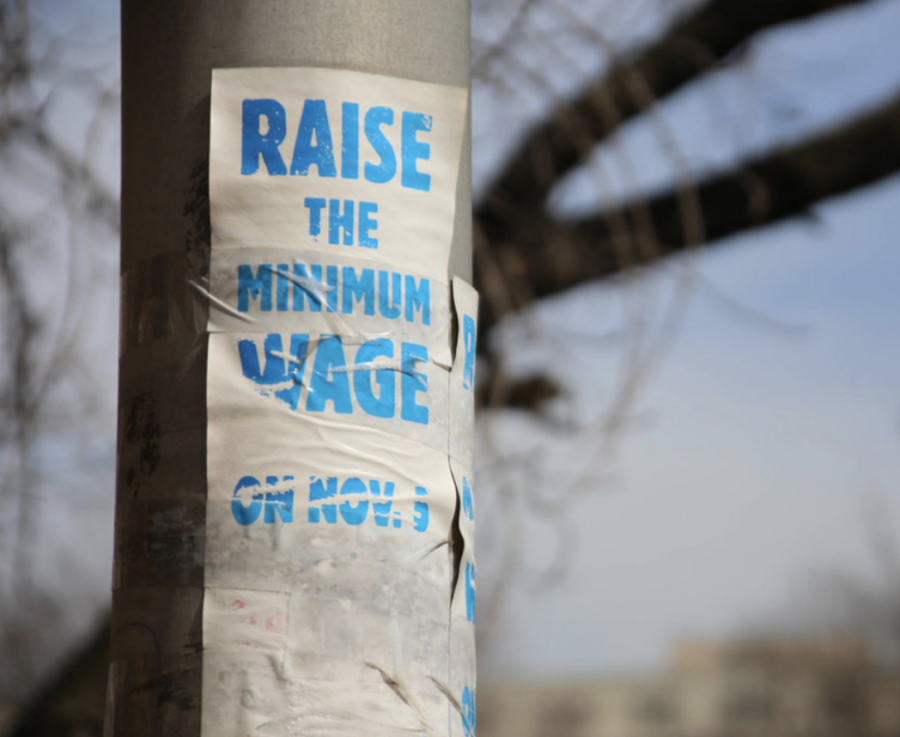 The federal minimum wage started with the Fair Labor Standards Act in 1938, establishing a wage of 25 cents per hour in an effort to protect workers against unfair business practices and to ensure the well-being of employees. Ever since then, it has been increasing until July 24, 2009 when it reached $7.25. While there hasn’t been a federal increase since then, states have taken up their own efforts to increase the minimum wage in their own state. Currently there are 21 states, including California, that have their state minimum wage higher than the federal minimum wage, based on either the cost of living within the state or legislation passed in state governments. However, states that have increased their wages shed insight on how a substantial increase in the minimum wage can harm students.

If the federal minimum wage were to increase, it would result in fewer jobs for students. The U.S. Bureau of Labor Statistics found in 2018 that almost half of minimum wage workers tend to be younger than 25 years old. As the majority of high school and college students fit this age range, a minimum wage increase would affect students the most. According to a 2019 report by the Congressional Budget Office, a nonpartisan analysis for Congress, “for most low-wage workers, earnings and family income would increase, which would lift some families out of poverty. But other low-wage workers would become jobless, and their family income would fall—in some cases, below the poverty threshold.”

As the COVID-19 pandemic continues, jobs are becoming more difficult to get due to the hardships businesses face. The increase in the minimum wage may potentially lead to even more jobs being lost due to businesses unable to pay their workers. If the minimum wage were to increase, prices would become more inflated in stores. In order for these stores to stay competitive, they would have to raise prices and may resort to laying off their employees to stay afloat. This will directly affect students as these inflated prices would affect businesses that pay employees a minimum wage such as grocery stores, retail and fast food workers.

Raising the federal minimum wage can even affect the cost of housing for students. In an article by Atsushi Yamagishi about the 2007 minimum wage law in Japan, he found that “in the low-quality rental housing market, 10% minimum wage increase induces 2.5%-4.5% increase in rents. It implies that workers benefit from the minimum wage increases, but it also unintentionally benefits homeowners.” A majority of public university students live off-campus, either in a house or apartment outside of the university. According to the National Low Income Housing Coalition, students would need to earn a salary of $26.65 in California in order to afford a two-bedroom apartment. Although realistically students would not live alone in a two bedroom apartment and would usually live in cramped small apartments with multiple people, the cost for these apartments would still rise due to the minimum wage increasing. Students would usually rent out apartments and would be under the control of landlords of how much they would have to pay towards rent. If the federal minimum wage were to increase, it would cause students having to pay more for housing. This would directly affect a student’s budget on the necessities they need to buy like food, tuition and other necessities in order to compensate for a higher housing rent. For students to balance between paying for housing and other necessities, it would lead to students struggling to pay rent in order to afford other essentials.

Raising the federal minimum wage does have its benefits such as increasing student salaries so that they can pay for housing, food and other necessities. However, it can lead to prices for necessities to increase which can make life harder for students. Keep in mind both the pros and cons of what leaders are supporting in Congress. While many students will be able to vote for the first time in their life in the near future, it is important to keep in mind how bills like raising the minimum wage can have an affect on students. Raising the minimum wage could potentially put a student’s education, job and families at risk.