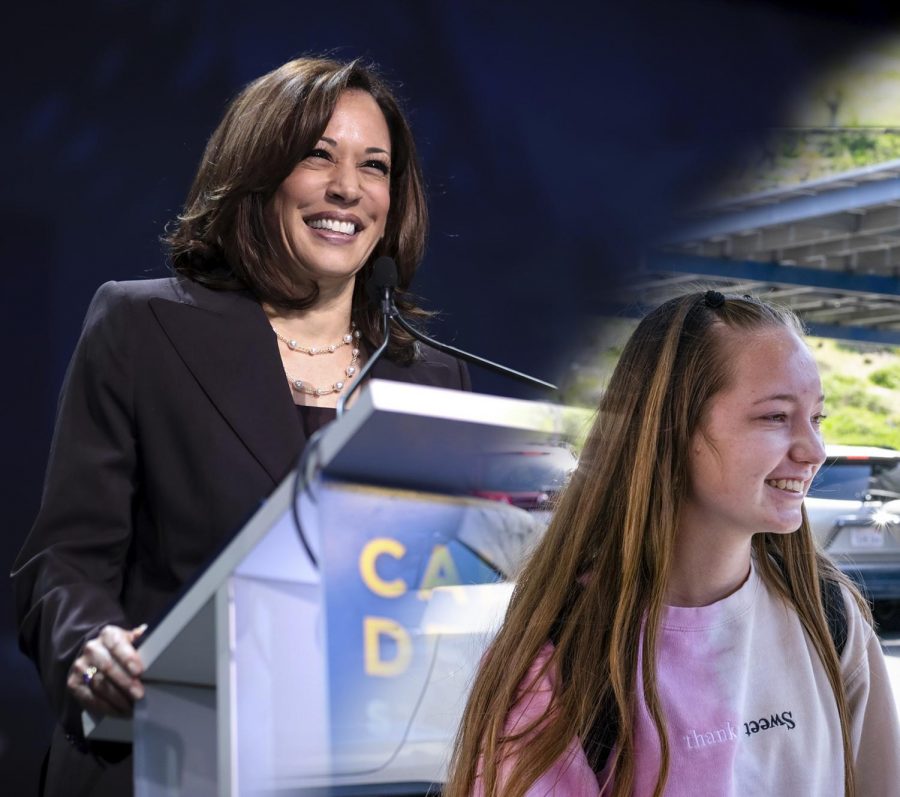 UNFINI(SHE)D: Both Harris and Guntrip join the fight for women’s rights, continuing a legacy of persistence.

Every March, women across America gather to celebrate the countless moments of bravery and strength that women have shown in the face of adversity. Women’s History Month is dedicated to recognizing the efforts made to break through gender barriers and hopes to empower women nationwide.

The annual theme for 2021 is “Valiant Women of the Vote: Refusing to be Silenced” and celebrates the hundredth anniversary of the 19th Amendment, tying into Kamala Harris’ inauguration as the first female U.S. Vice President.

This year’s theme not only celebrates a monumental leap forward for women’s rights, but also illustrates the strength of female resolve. The suffrage campaign required nearly a century’s worth of work and activism, resulting in huge protests that ultimately brought women one step closer to the same privileges as men.

However, women do still experience some disparity in social equality, particularly visible in the pay gap, where women earn on average 81 cents for every dollar a man earns, according to a 2020 report from Payscale. That number falls to 72 cents for every dollar when looking at the computer programming industry, according to a 2016 report by Glassdoor.

“This simply should not be happening,” vice president of Northwood’s Girls Who Code club junior Emily Li said. “If both genders are performing the exact same work of the same quality, then they deserve equal payments of reward.”

Women locally and worldwide have been taking action to close this wage gap. Girls Who Code works to bridge these differences between men and women in the field of computer science by educating the next generation of developers in programming languages such as Scratch and Python.

“We not only hope to teach students useful and applicable knowledge, but we also intend to empower students, especially girls, starting from a young age,” Li said. “We want to teach them that even though coding might seem complicated, they are capable of learning and mastering difficult concepts.”

Additionally, the Northwood club National Organization for Women (NOW) addresses current-day issues that women face, providing students with online resources including email templates to send to politicians and petitions to sign to demand change. For many, this club has become a safe place to express their opinions and concerns.

To help spread awareness, NOW features influential women from the past and present in their Woman of the Week program and meets frequently to exchange views on political affairs. They welcome all students to their meetings and encourage their members to continue supporting each other.

While there is still work to be done, women have proved time and time again that they will not rest until they have created an equitable world. Both the past and present efforts of women around the globe should be recognized and cherished during this month as women continue to look up and shape their own future.

“These women and the generations that followed worked to make democracy and opportunity real in the lives of all of us,” Harris said. “And these women inspired us to pick up the torch, and fight on.”