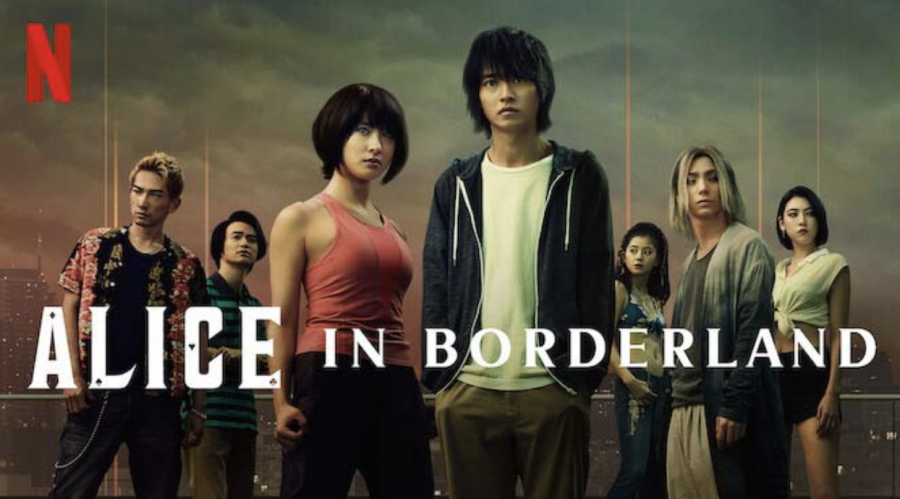 The “Alice in Borderland” live-action Netflix rendition of the Japanese manga follows the antisocial but clever gamer Arisu in his fight for survival in an alternate Tokyo, called Borderland, where he must play deadly and sadistic games to win a “visa,” a stay of execution for a certain number of days from a death laser that rains down from the sky. Each game is represented by a card from a classic deck, with the numbers indicating the difficulty and the suit determining the type of game. Season 1 concluded with 36 of the 52 games completed, and Season 2, set to air sometime this year, will introduce the face card games.

Overall, the production, acting and plot in the Netflix series is enjoyable, and I especially appreciated the mild gore during the game scenes. Concepts where there are games with life and death hanging in the balance intrigue me, and this was especially enjoyable to watch because it was followed by a smooth plot, which isn’t too typical of this genre. If you liked “As the God’s Will,” but wished that it had a better story, this show would be perfect for you. The simplicity of the games paired with the high stakes make for an anxiety-inducing watch, but in a good way where you feel relieved when Arisu is able to beat the game. The complex character dynamics that arise from these situations are also tense at times, since everyone is playing, fighting, for their lives.

As the title might suggest, some of the characters seem to parallel with characters from Alice in Wonderland, which for me helped add another layer of depth to the series. Arisu is the title character Alice, as he has fallen down the rabbit hole into a world wildly different from the one he is used to. However, instead of a Wonderland, Borderland is a dark and sadistic area with death at every turn. If you decide to watch the show yourself, try attributing characters to their Wonderland counterparts for an added layer of analytical fun.

One of the things I really appreciated about this show was that each character was wildly different from each other, but still had similarities that revealed why they might have been chosen to compete in these death games. Through meaningfully-placed flashbacks, we learn more about each character’s experiences in the real world that seem to justify their separation from a normal society and their place in Borderland. Aside from the games, the character dynamics create moments of tension that make it impossible to avert one’s gaze and allows for moments of empathy that one might not have thought possible.

Overall, I would highly recommend this show for anyone who enjoys thrillers, horror, mild gore, death games or complex characters that make the watcher empathize with them. I hope you’ll enjoy this show as much as I did, and leave with a more complex perspective on your position and motivations in life as well as a greater awareness of those around you.