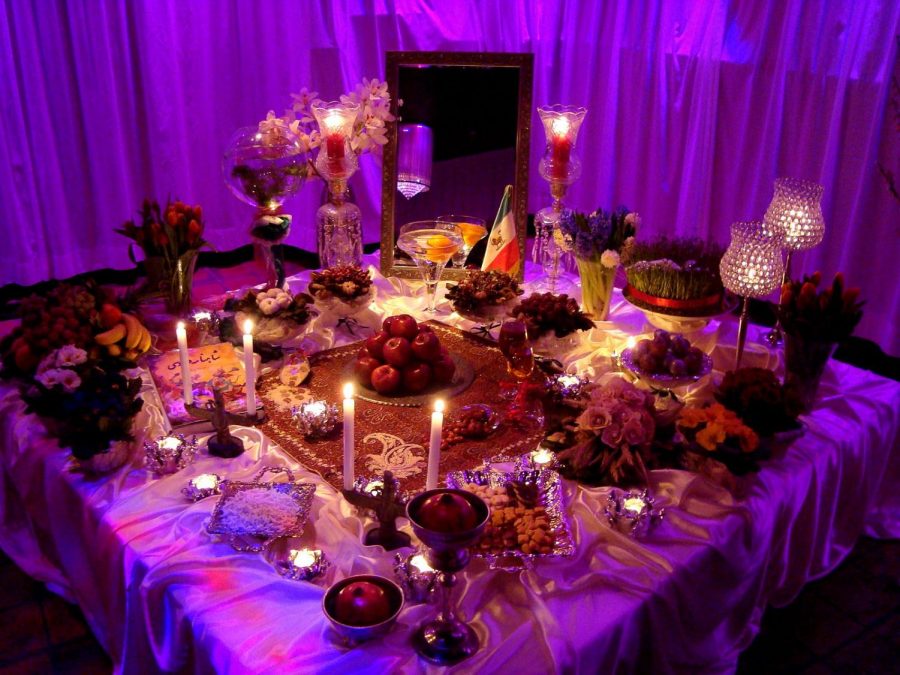 In the Northern Hemisphere, the March equinox marks the start of spring, ushering in the season of growth and bloom. Derived from the Latin words, “aequi” and “nox,” equinox directly translates to “equal night,” referring to how the hours of night and day are practically the same on this date. The day has been historically observed by various cultures, and this year, the equinox falls on Saturday, March 20.

Celebrated on the equinox, Nowruz, literally translated as ‘new day,’ is the name given to the Persian or Iranian New Year. The day is commemorated by visiting family and throwing large parties to meet up with relatives and friends. Displaying a Haft-sin table is also a common custom, with an arrangement of seven items that begin with the 15th letter of the Persian alphabet,  س (sin), symbolic of the Teachings of Zarathushtra. There are two common figures in traditional New Year lore: Amu Nowruz, a white-beardeed man who brings gifts to children and his companion, Haji Firuz, who dances and sings through the streets.

One of the most famous landmarks that has survived for thousands of years is Stonehenge in  England. The purpose behind the structure is largely still a mystery, but today, the site is a major tourist attraction. Pagans and Druids come together on major solar events, such as the March equinox, to watch the sunrise over the stones. The day is also referred to as Eostre or Ostara, named for the Pagan goddess of spring. If the name seems familiar, it’s likely due to its similarity with Easter, a later Christian holiday that adopted its symbolism of hares and eggs.

A more recent equinox custom, beginning in the 1950s, is the celebration of Mother’s Day in Arab countries. It was popularized by Mustafa Amin, an Egyptian journalist, who spoke with a minister about officializing the day after hearing a reader’s inspirational story of her hardships as a single mother. As spring is the season of rebirth and fertility, it’s fitting that the first day of the season is dedicated to maternal figures.

On both the spring and autumn equinox, people gather at Chichen Itza, a pyramid built by the Maya people over a thousand years ago near modern-day Cancun, Mexico. This architectural feat is included on the list of the New Seven Wonders of the World. The triangular shadows created by the sun in the late afternoon creep towards the base of the pyramid, creating the illusion of a feathered serpent connecting with its stone head at the base.

For many traditional East Asian calendars based on the moon, the spring equinox signifies the middle of the season rather than the beginning. In Japan, Shunbun no Hi falls on the day of the March equinox, when people take time to visit the graves of their ancestors or loved ones, typically clearing gravestones or leaving offerings. Although the custom was originally connected with Shintoism, it has now been declared a national holiday and is largely non-secular.

No matter how different the traditions may be, the celebration of the March equinox throughout many cultures represents how people around the world are interconnected by their fascination and appreciation for the natural world.