A Short Suspension of Memories: What Remains of Edith Finch 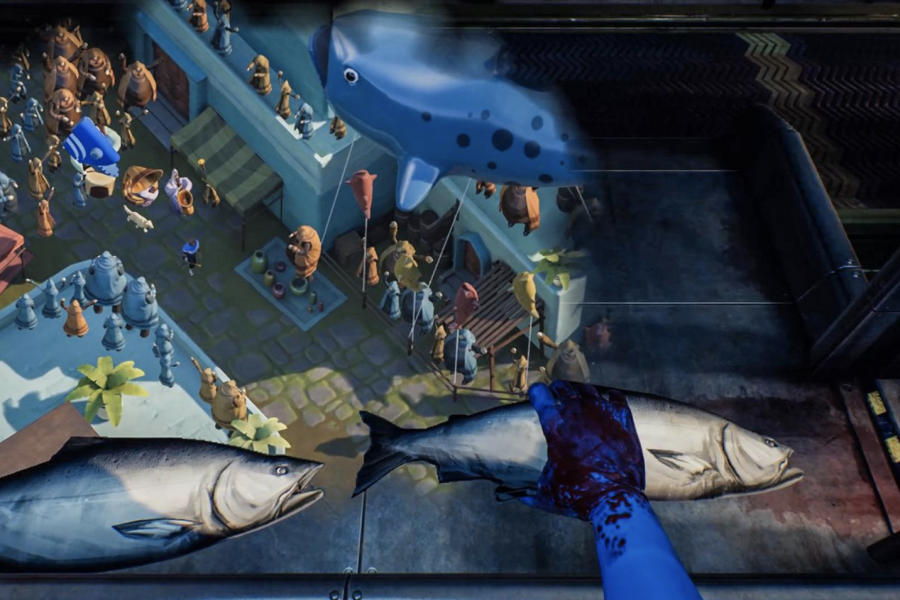 Lewis Finch’s blurring vision of the real world and his imagination is presented in a visually stimulating fashion.

In comparison to games with actual gameplay mechanics, walking simulators and completely story-driven games are often drowned out. So when these games surface past the underground, indie enthusiasts of the community, it’s more than likely the game is extremely good. This is almost the case with “What Remains of Edith Finch,” an adventure-walking simulator by developers Giant Sparrow.

The game begins on a muted yet compelling note, placing the player in an isolated forest until they stumble upon the bizarre amalgamation that is the childhood house of Edith, the player’s character. Flyers for a missing child, a peephole to a broken swing and the story of a dragon living in the nearby lake are all sprinkled in as the player enters the eccentric base of the house, a swirl of mystery flowing through the claustrophobic hallways and book-stuffed walls. From there, Edith explores the many stories and mysteries of her family that was and is supposedly cursed to die. Solid narration and out-of-body story-telling elements create mesmerizing accounts of each individual in her family tree. Lewis Finches’ was by far my personal favorite, telling the story of an individual entrapped by the mundaneness of his life and using his imaginations of grandeur to cope. It’s a bit of a longer one, but his fantastical escape from his depreciating sense of self-worth in tandem with wonderful visuals really carry this one through.

“What Remains of Edith Finch” was a thoroughly enjoyable experience. It was not, however, the unforgettable game it was building itself up to be. It was not because the technical parts fell short—the visuals and audio design were pleasant, even enthralling—however the game felt like it ended without a satisfying resolution. In its short two-hour run time, “What Remains of Edith Finch” presents to the player a captivating journey of suspended memories and ends without leaving much to take away. There is no overarching message the player can reflect upon either; it just ends, and a feeling of dissatisfaction reverberates as the  player ends on the home screen they started on.

“What Remains of Edith Finch” fails to deliver on its final moments. Though games don’t always need a higher purpose to deliver an enjoyable player experience, “What Remains of Edith Finch” is entirely a story game, and so a clear ending or thematic message was warranted. Still, the game is worth checking out for those unopposed to reliving  the suspended memories of a family frozen in time.