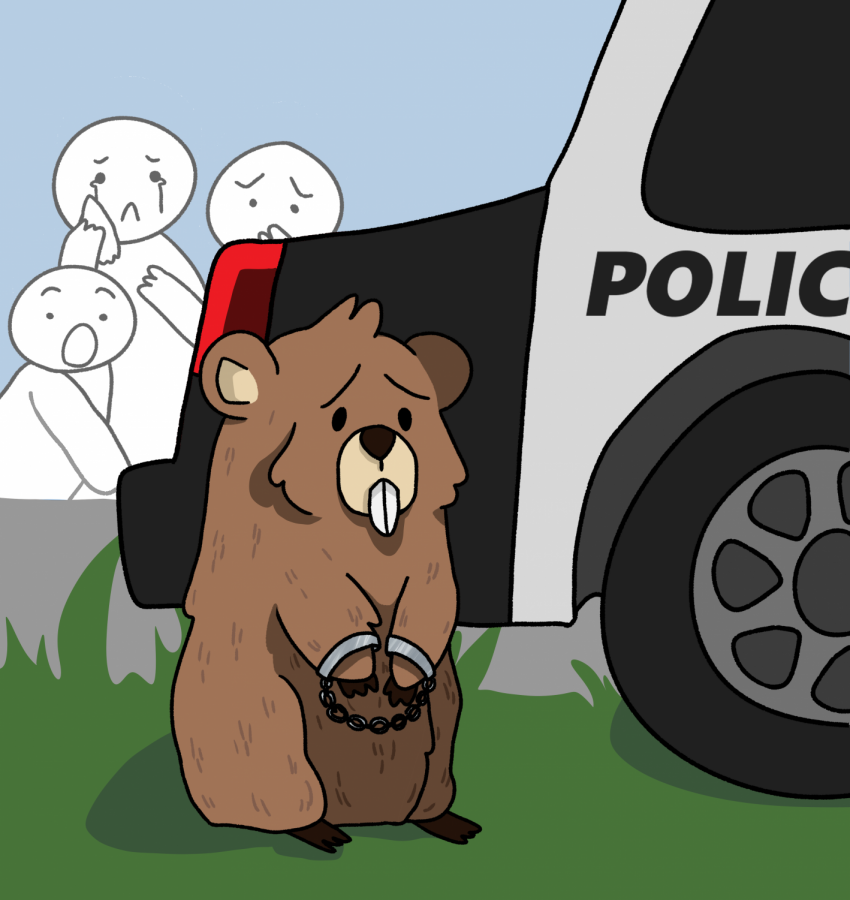 Phil the groundhog, famous for his annual appearances in Pennsylvania to predict the end of winter in early February, was arrested early Friday morning for allegedly leading a large  criminal ring that intended to seize power from weather hosts across the country.

Phil, along with other groundhogs, had reportedly been blackmailing weather hosts into doing their bidding for the last several decades. Declassified documents recovered from Phil’s burrow reveal that he kidnapped hosts and tortured them with pictures of the real weather outside.

“His ultimate goal, of course, was to gain command over all the weather networks so that he could control the mindless masses of people that trust them,” investigator Pryvate Aye said. “He was exposed to that power when he first predicted the weather successfully in Pennsylvania back in 1887; He tasted the vanilla, but he wanted the whole scoop.”

A statement released by the Official Organization of WeatherMen (OOW) indicated that only a few weather hosts were abducted by Phil, and that the public should continue to faithfully trust their networks.

OOW declined requests for a private interview, citing “fears for their lives.”

Pennsylvania resident Luvwe Therhosts is being lauded for exposing the criminal organization after noticing that one of her regular weather hosts was acting suspiciously.

“Ah, yes, I remember that day,” Therhosts said. “It was Nev Verright, the man who made a career out of  pointing at a clipart image of the sun all day. I distinctly recall him forecasting sunny skies, so naturally I wore my sunscreen and a half-sleeved shirt. Lo and behold, it started raining! Nev Verright would never be wrong, so I instantly suspected foul play.”

Many people feel betrayed by Phil’s actions, but are simultaneously worried about the ramifications of not having someone to forecast the weather for the remainder of winter. With over 75% of the world’s population relying on Phil the groundhog to know when winter ends, the lack of a prediction may lead to a crash in the economy, disruptions in harvest cycles and an outbreak of Civil Wars as groundhogs around the world fight to fill the power vacuum left by Phil.

“It’s not going to be pretty, I can tell you that much,” groundhog expert Evilan Imals said. “The fight for control of the weather networks is a particularly nasty one. Be prepared for chaos in the coming weeks.”

The shocking nature of the arrest has dented public faith in the tradition. Many across the country have unprecedentedly begun to express doubts about the trustworthiness of the groundhogs.

“Maybe relying on a clueless animal that lives underground isn’t the greatest idea after all,” Pennsylvania resident Iymcloo Less said. “Now that I think of it, how are they supposed to know what the weather’s going to be like?”

Plans are now taking shape to commemorate the noble work of weather hosts by dedicating a day of appreciation in their honor. Some have even suggested replacing the groundhogs on Feb 2. with weather hosts entirely.

“I believe this is an important step in rebuilding public trust in the holiday,” Less said. “I am certain the quality of the predictions will not be impacted whatsoever.”