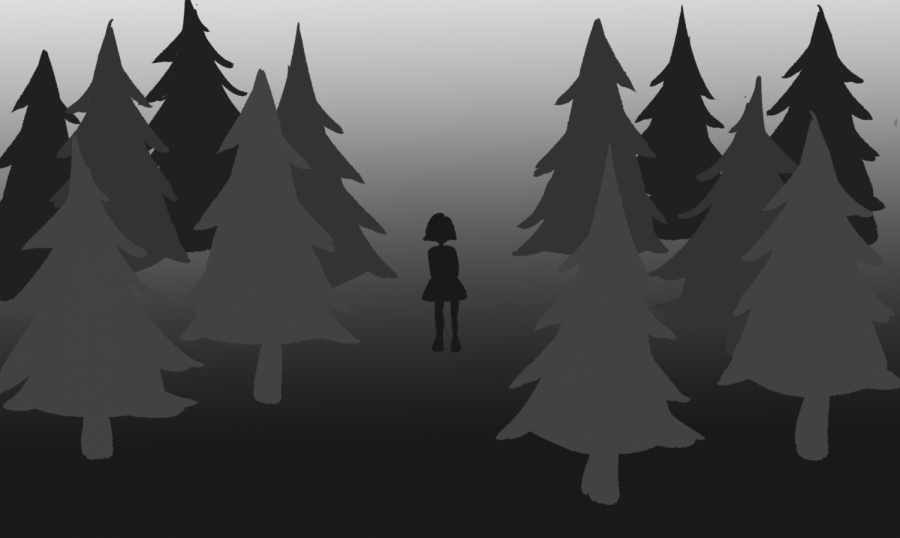 A chill travels down your spine as you feel a cold sweat, the dark screen in front of you mirroring your room. You’re huddled into a blanket, glancing occasionally to see if something happened. It goes silent. You slowly look back, thinking it’s over —and then you scream. A jump scare. Although movies have always been the most popular way to display horror, mediums like manga, anime and novels have their own unique qualities. So with the holiday of spooky superstitions nearing, let’s take a look at Northwood’s taste in horror.

“Horror portrayed through movies gives the audience an authentic experience because it influences your visual and auditory senses. Comics don’t really deliver that same, all around experience that makes the scare genuine. My favorite scene makes full use of the flexibility that movies have, which is the jump scare from the projector scene. It really bended reality as Pennywise morphed into the woman on the screen and jumped out.” – senior William Shin

“Manga doesn’t necessarily focus on jump scares and rather builds genuine suspense through the story itself. The Promised Neverland is a manga that places humans in a world where demons have taken over, yet begins its first chapter by setting a happy, idyllic atmosphere. The real horror comes through how the manga progresses its storyline through the thriller portions and gradually builds suspense.” – sophomore Karen Luo

“Anime is a bit different from other mediums because the pacing of the story fluctuates a lot. There’s a lot more time to develop themes and ideas that you can’t really find all the time in movies because of its run time, which I think is really good for building horror. The Death Note follows the journey of Light Yagami, a high schooler who discovered a book capable of killing anyone he writes their name in. The development of this main character through scenes that show his descent into a psychotic mirror of himself shows how the pacing can be pushed and pulled several times to create thriller.” – senior Matthew Pham