“Blackpink: Light Up The Sky”: A Review 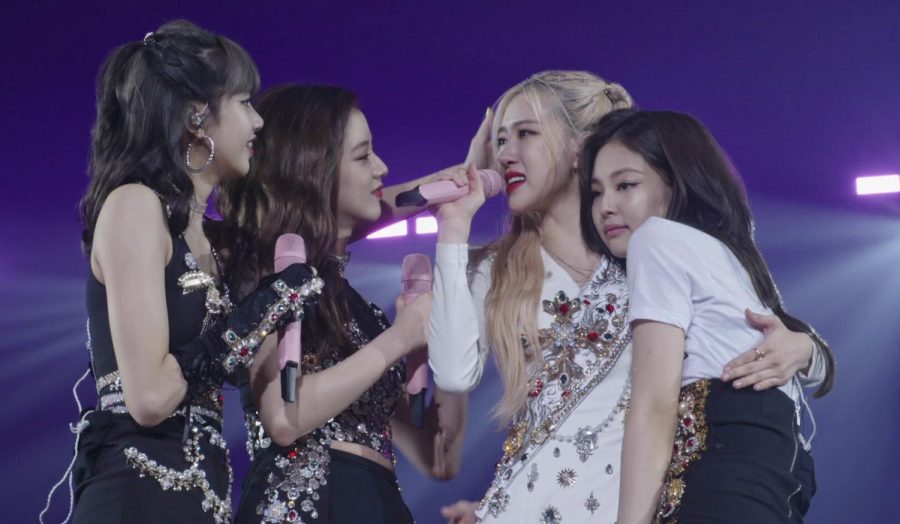 “Blackpink: Light up the Sky” highlights the South Korean girl group Blackpink’s successes and hardships over their four years together in an original Netflix documentary directed by Caroline Suh. Blackpink—which consists of members Jennie, Rosé, Jisoo and Lisa—is now an international household name. Since their 2016 debut, Blackpink has held the record for biggest music video debut in Youtube history, became the first girl group to top the Billboard Artist 100 chart and was the first female K-pop group to perform at Coachella in 2019. Despite this overwhelming success, the members’ lives have not previously been revealed in such an intimate light.

Teddy Park, the YG Entertainment producer who oversees Blackpink, introduces the audience to each of the members. Jennie, the rapper of Blackpink, discusses her childhood in New Zealand and how she wishes that she hadn’t lost her high school years during her training period. Jisoo, the visual of Blackpink, discusses the pressures young girls receive from their family with her makeup artist. Rosé, the vocalist of Blackpink, looks back to how she fell in love with music and the double-life she lived in Australia. Lisa, the dancer of Blackpink, discusses the language barrier difficulties she faced when she moved to South Korea from Thailand for her training period. With these separate accounts of how the members started their careers as timid women in the music industry to their current lives as experienced artists in their 20s, the documentary successfully humanises the global stars by capturing the stories they each have to share. Their individual identities are what makes Blackpink whole, uniting them as a larger narrative of sacrifice, strength and growth.

There may be a disconnect between viewers that are unaware of the entire K-pop sphere and die-hard Blackpink fans as to how people may experience the film. Those who are new to Blackpink would appreciate Teddy’s concise introductions and explanations, but for loyal fans, none of it is new information. In fact, much of the documentary isn’t.

The documentary also serves as a nuanced primer on the K-pop industry’s downfalls, throwing light on the grueling process of how K-pop idols are auditioned and trained. The Blackpink members lived in a boarding-school-type environment with other trainees while working 14 hours a day on vocal, dance, rap and language classes with a break once every 13 days for an indefinite period of time; All this coupled with the uncertainty that they might never debut. The members openly discuss the struggles they faced during their trainee years from the day they were admitted to YG Entertainment agency to their final debut. And years it was—Jennie trained for six years, Lisa and Jisoo trained for five and Rosé trained for four.

It’s a missed opportunity that Suh probably declined to dig deeper into as the way K-pop companies engineer and commercialize talent at such a young age and make millions of dollars by working kids to the bone is still a stigmatized topic in South Korea that is only starting to surface in mainstream media.

“Blackpink: Light up the Sky” is a must-watch. Told through the stories of four women who not only have lived through the K-pop industry, but also shaped it, Suh’s documentary introduces the flaws of the K-pop system while also highlighting its groundbreaking advances in both the South Korean and global music industries.