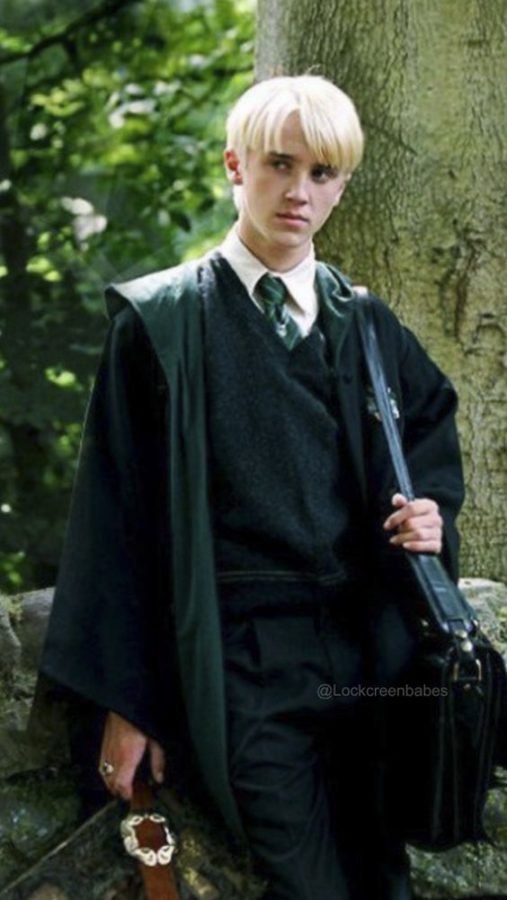 Worldwide sensation Draco Malfoy has become an instantaneous trend on TikTok and Wattpad.

With Generation Z’s revival of Y2K fashion, vintage, 2000s shows and decades-old trends, it was only a matter of time before the Harry Potter franchise would return to the spotlight.

Although the series predates most of us, roleplaying with wands and robes and taking  BuzzFeed quizzes left a profound mark on our childhoods. Now, TikTok has brought back obsessions over the Pottermore quiz, iconic Harry Potter scenes and one character in particular—Draco Malfoy—with his very own side of tiktok, #dracotok.

For the past several weeks, videos putting viewers into first-person perspective as Draco and other members of the wizarding world have combined with new, emerging TikTok audios, becoming a hallmark of the TikTok For You page. As millions of views and likes accumulate on these videos, #dracotok has inspired fanfiction, room decorations, Pinterest boards, IOS 14 layouts and even hairstyles, as many have replicated Draco’s platinum blonde hair and Narcissa Malfoy’s half-black, half-blond clavicut. Some have even gone as far as sharing their experiences of “shifting realities,” where you supposedly shift your consciousness to another reality, in order to attend Hogwarts (and interact with Draco). Even Draco’s actor, Tom Felton, has reacted to #dracotok with comments and TikTok videos of his own.

The resurgence of Harry Potter is not limited to TikTok, however. Harry Potter fanfiction have also taken Wattpad by storm, exploring fan theories, headcanons, meta and most importantly, giving Draco the redemption arc J.K. Rowling couldn’t. Fans have raised interesting speculations about the wizarding world from Rowling being Rita Skeeter in the Muggle (non-magical) world to Harry being immortal.

One of our personal favorite fanfictions is “Modification” by EmilyTheHocrux on Wattpad, which explores Tom Riddle’s  endeavor to becoming Voldemort during high school through the perspective of his love interest and protagonist, Estela Markorp. Other recommendations include “Harry Potter and the Methods of Rationality” by Less Wrong and “Odd Ideas” by Rorscach’s Plot, both works that explore previously uncharted angles in the Harry Potter universe.

In addition to the sudden Harry Potter comeback on social media, Warner Bros. announced on Sept. 16 a new Harry Potter open world role-playing game set in Hogwarts to be released next year.

“Players will experience life as a student at Hogwarts School of Witchcraft and Wizardry like never before, as they live the unwritten and embark on a dangerous journey to uncover a hidden truth of the wizarding world,” Warner Bros. disclosed in a press release.

The game will be released on the Playstation 5, Xbox One and many other consoles, and offers fans a continuation of the Harry Potter mythology through several different mediums.

The Harry Potter fandom still lives on as both fans and trans allies simultaneously criticize Rowling and cherish lessons from Harry Potter, revealing the agelessness of both the profound story and supportive community.