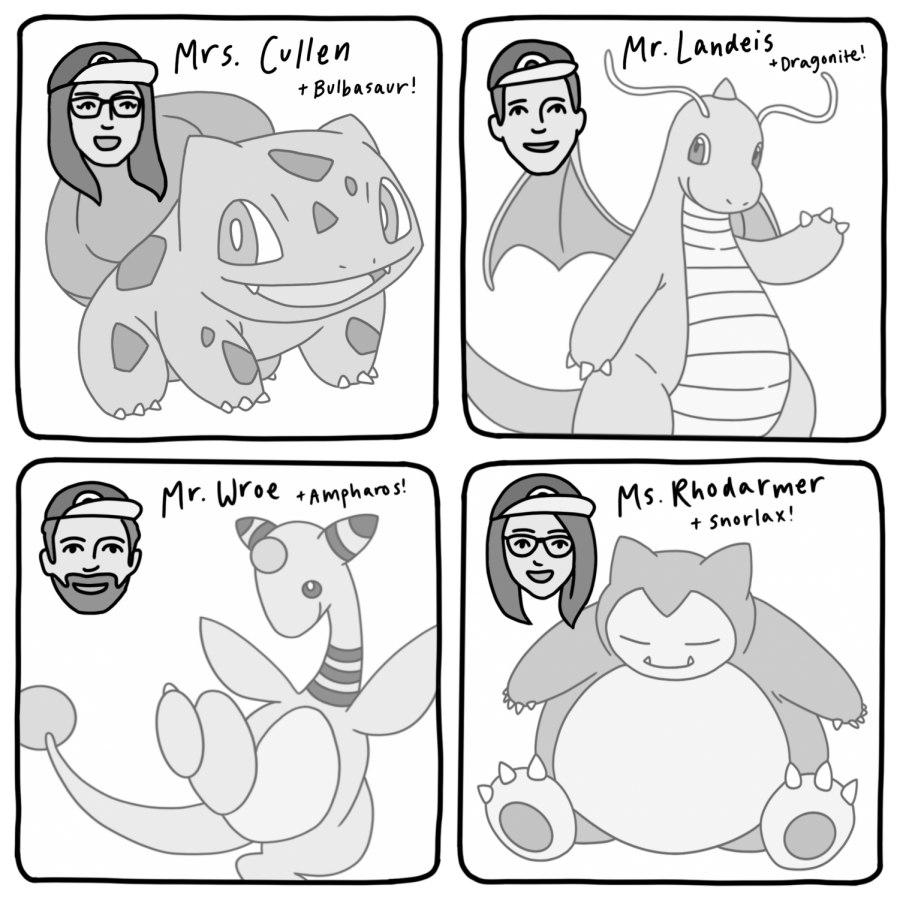 We love Pokémon so much that GameFreak can come out with games year after year with slight gimmicky changes in gameplay, and we’ll still buy them.

Similarly, Northwood giving us courses of the same subject year after year with slight-ish changes in content doesn’t faze students from loving the school. So The Howler has paired some Northwood teachers with their Pokémon patronuses—wait, wrong franchise. We’ve paired them with their spirit Pokémon.

Bulbasaur, the Seed Pokémon. Bulbasaur can be seen napping in bright sunlight. By soaking up the sun’s rays, the seed on its back grows progressively larger.

Bulbasaur is Pokémon number one in the Pokédex, and probably the number one Pokémon, considering that it has its own fan club and propaganda, BulbaGanda, on the internet (we’re not kidding, search this up). So, English teacher Katie Cullen is a lot like Bulbasaur. We have yet to see her nap in the sunlight––or carry a growing seed on her back––but she does love plants.

Like Ash’s Bulbasaur in the first few seasons of the show, she will stick by your side until the end. Cullen’s most remarkable feat of student protection was when she decreased the number of paragraphs for an in-class essay from four to two.

Snorlax, the sleeping Pokémon. Snorlax’s typical day consists of nothing more than eating and sleeping.

As someone who described her life goal as “being able to nap whenever I want to,” Snorlax is the perfect spirit Pokémon for history teacher Emily Rhodarmer. Don’t we all want to use REST (Snorlax’s most overpowered move) to heal up to full health whenever life sucks?

Now we can! Rhodarmer’s Emotional Support Therapy (REST) is a program equipped with inspirational posters and CP History 9 Turf Wars postings. Like Snorlax, who only evolves with strong friendships, students in REST will come out with more happy points (HP).

Dragonite, the Dragon Pokémon (how creative). Dragonite is a kindhearted Pokémon that leads lost ships in a storm to the safety of land.

Dragonite’s one of those Pokémon that don’t make any sense when you evolve it. How does a blue snake with wing-ears evolve into an orange dragon with wings and antennae? That’s more blasphemous than how Pokémon evolution is nothing like Darwinian evolution.

Anyway, that had nothing to do with Spanish teacher Luc Landeis, we just needed to get that out there. Like Dragonite, Landeis enjoys traveling the world and is compassionate. Last time when we were at Laguna Beach, we saw Landeis waving his iPhone flashlight and jumping up and down in 360 degree rotations at the shoreline amidst quite the violent Irvine tempest. It turns out he was using the move LIGHTHOUSE to guide a lost cargo ship to shore.

Ampharos, the Light Pokémon. Ampharos gives off so much light that it can be seen even from space.

Like Ampharos, English teacher Cameron Wroe can really light up a room and brighten your day with his magnetic personality. His students’ faces always glow with excitement when they leave his classroom. Why, you ask, does Wroe spark so much joy? Well, he has such an energetic teaching style, his classroom is never static, and he’ll shock you with all his English knowledge.

Another interesting fact about Wroe: like Ampharos, if you ask him to grow out his beard and hair and then stick a few cherries in it, he will evolve into Mega Wroe. 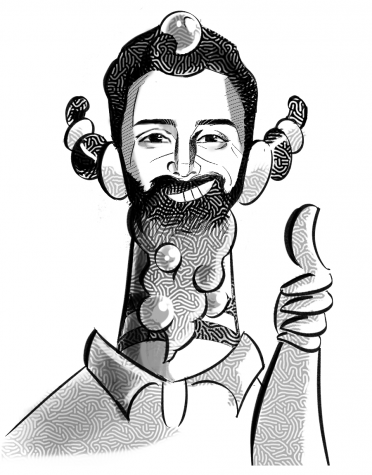 Heather KimSPOTTED: A Mega Wroe in his natural habitat caught on camera.