We the people: renewing the social contract 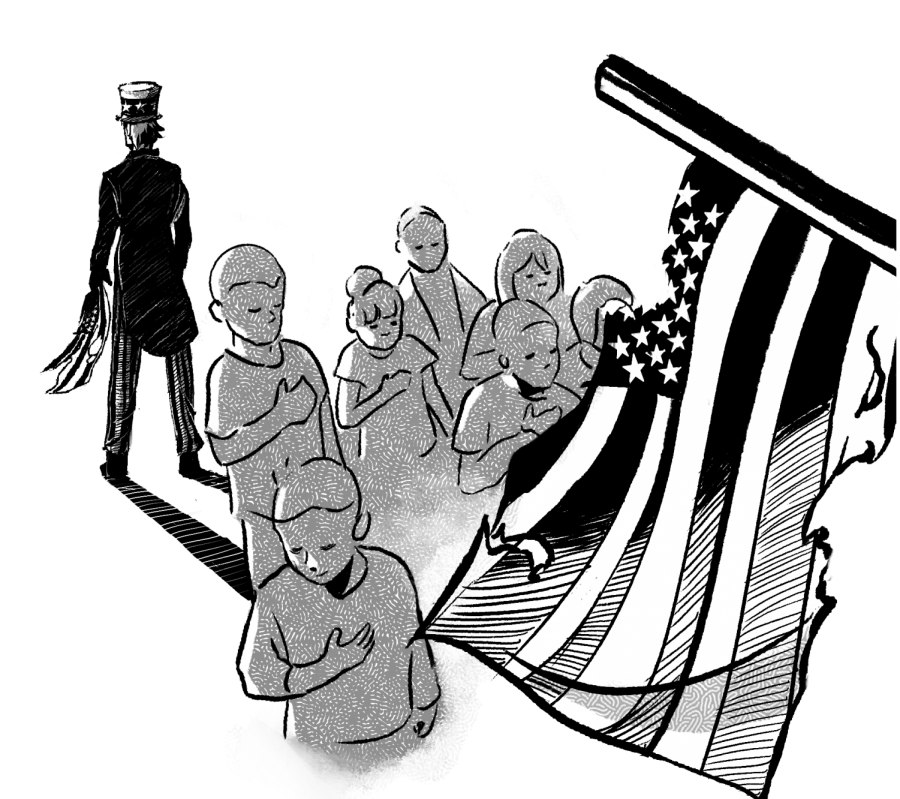 The only way to guarantee lasting prosperity in America is when people acknowledge their freedoms can be taken away at any moment, and fighting when they are at risk.

Since many of the world’s greatest empires eventually fall, it is important to consider when the American Empire will too, and to warn against the factors that threaten it. The U.S. has a proud history of enabling its citizens to have a say in the way their government is operated, through voting, free speech and self-defense. But as the political climate becomes increasingly divisive and ideologies like socialism, which broadens government power in potentially dangerous ways, are becoming mainstream, it is easy to imagine the American Empire falling if people become victims to the government. Citizens must take steps to prevent the downfall of American civilization. Here are some potential threats Americans face when the government is granted too much authority.

Not agreeing on the legitimacy of a leader

In 2017, questions about ties between President Donald Trump’s campaign and Russia initiated the two-year-long Russia investigation. Following the release of the Mueller report, House Democrats launched an impeachment inquiry about a phone call between Trump and Ukrainian President Volodymyr Zelensky, fueling a heated debate about whether or not Trump withheld military aid from Ukraine until Zelensky found negative information on Democratic Presidential candidate Joe Biden’s son, Hunter Biden. Democrats looked to finally remove Trump from office, and Republicans defended any possible wrongdoing from the President. Both stances reflect blind adherence to tribal loyalty with little consideration of the facts. When tribal loyalties mean people cannot agree on facts, democracy is threatened.

The Mueller report investigation and Trump’s impeachment trial have driven a wedge between the American people. Those who supported impeachment believe Trump may have used his power for political gain, and those against it see asking a foreign leader for information as normal conduct. Many now feel compelled to take a side and to be outspoken about it. These increased tribalistic attitudes in both parties make it difficult for anything to get done within the government, which makes people vulnerable to take dangerous actions over political differences. Politicians could easily lie to people and trick citizens into giving up their rights.

Not being able to defend oneself

The Second Amendment asserts that “a well-regulated militia, being necessary to the security of a free State, the right of the people to keep and bear Arms, shall not be infringed.” When citizens lose their right to protect themselves with a firearm, they become vulnerable to government tyranny. In 2012, the Venezuelan government banned citizens from owning guns, with the intention of reducing gun violence. However, the law made it easy for the Venezuelan military to oppress their own people years later, sometimes using tanks and weapons in order to stop protests.

Venezuelans lost their right to self-defense because they were not protected by a constitution that allows gun ownership, unlike the United States. Unfortunately, gun violence in America has led to concerning rhetoric about the right to bear arms. Former Democratic Presidential candidate Beto O’Rourke proposed a mandatory gun buyback for assault weapons, even going as far as to say, “Hell yes, we’re going to take your AR-15.” Ideas like banning assault weapons and universal background checks are popular because many view them as simple processes to prevent dangerous people from getting guns, but mandatory buybacks can become a slippery slope to forcibly taking guns away. Programs like buybacks will anger safe gun owners and may cause them to retaliate against the government for trying to take their property away from them. If this possibility occurs, it could potentially create civil unrest, as people would desperately be fighting against a police state.

In the U.S., socialism has become a mainstream economic philosophy, with 49% of millennials having a positive view of the system (based on a 2019 Gallup poll), making it disturbingly close to becoming a reality. Vermont Sen. Bernie Sanders is a self-described “Democratic Socialist,” who has made proposals like a $15 an hour minimum wage (a major hike from the current $7.25 federal hourly pay), Medicare for All and tuition-free public colleges cornerstones of his presidential campaign. Sanders’s solutions resonate with many young people because of the broken healthcare system and the high cost of college, but the solutions are unrealistic when the national debt, public approval and disagreement among politicians is considered. A consequence of policies like Medicare for All is that it will hurt insurance companies, who will be forced to lay off thousands of employees. These programs backed by progressive leaders come with an unclear price tag that will likely lead to an increase in taxes for Americans. Even if taxes were not to go up significantly, having the government control industries like healthcare or education could leave people frustrated if the quality of their only available program is poor. If a corrupt or inefficient government is responsible for controlling basic necessities, it is the average citizen who gets hurt the most.

When reckless or irrational people are given the opportunity to hold power, it is the job of a nation’s people to protect their country. Citizens need to be wary of politicians who believe that increasing the size of government will solve government problems, as control over institutions, constitutional rights and businesses can easily be lost. In the American Empire, centuries of stable leadership has led to taking some rights for granted, causing us to forget how easily those freedoms can be lost. In November, voters need to rise above tribal politics and think critically about making choices that will preserve our freedoms.