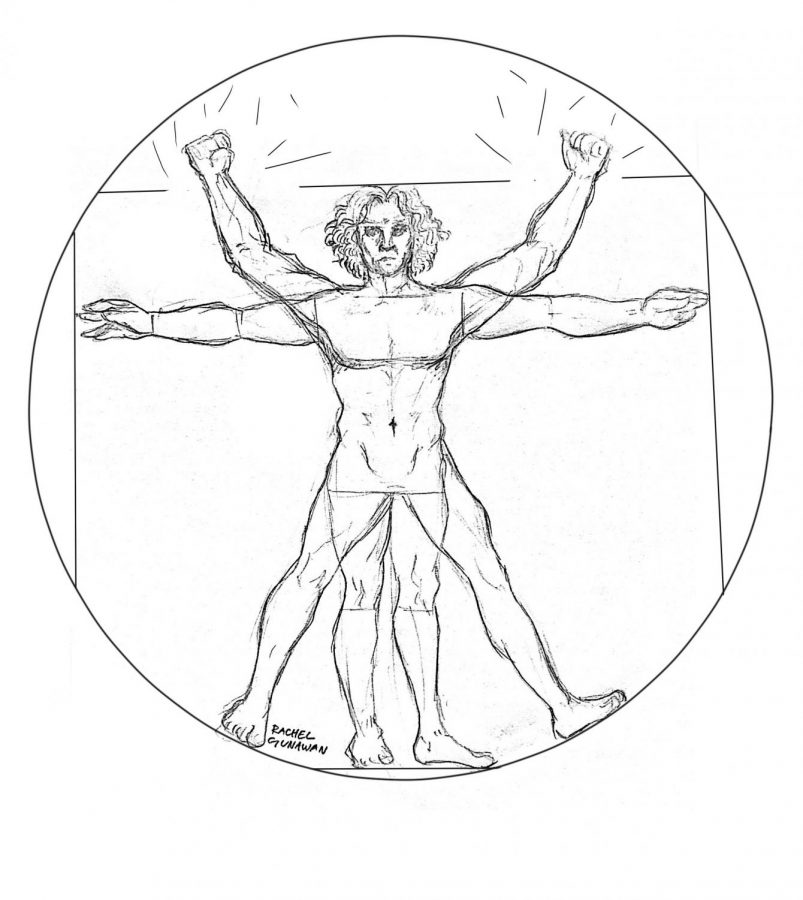 What do basketball legend Michael Jordan, World Wrestling Entertainment superstar John Cena and football icon Tom Brady all have in common? You might guess they all share a clean bill of perfect health. But the body mass index (BMI) scale begs to differ; by this measure, all three are considered overweight.

BMI leads to detrimental impacts on student development in schools and presents flaws such as inaccuracy, disregard for ethnic differences and racist origins. People must no longer rely on BMI, but instead seek other alternatives.

Although the purpose of creating BMI was not to measure health, BMI is currently heavily relied on to do so. In order to calculate BMI, your weight is divided by the square of your height. Within seconds, a calculator classifies you into one of four categories: underweight, normal weight, overweight or obese.

Spokesman for the California Department of Finance H.D. Palmer explained that the state had received complaints about BMI’s discrimination against disabled and gender non-binary students. Additionally, California Gov. Gavin Newsom has recently proposed suspending the physical fitness tests for three years to investigate the correlation between the tests and bullying.

If such a connection indeed exists, further action must be taken. Research from the Uniformed Services University of the Health Sciences and the National Institutes of Health on 100 subjects concluded that children teased for their weight eventually see an average 33% increase in weight.

Adding insult to injury, the damage caused by BMI is rarely made on accurate grounds. Because muscle mass is heavier than fat, BMI often incorrectly categorizes an individual with minimal amounts of fat as overweight.

Likewise, being categorized as normal weight does not necessarily imply one is healthy. CNN reported that BMI underestimates the dangers of fat accumulation near the abdomen, which is more dangerous than fat in other areas. Research on participants from the 2005-2012 National Health and Nutrition Examination Survey concluded that half of overweight individuals were incorrectly classified as healthy.

To make matters worse, BMI is plagued with discrepancies not only on the individual level but between ethnic groups, as different ethnicities are surrounded by different environments influencing growth and development. A 20-year study of over 78,000 women in the United States concluded that Asian women were twice as likely to develop Type 2 diabetes than white women with the same BMI. Similarly, black individuals were less likely to develop obesity-related diseases than white individuals. These contrasts can be attributed to ethnic differences in body fat and lean muscle mass, both of which are overlooked by BMI.

The main reason why ethnic differences are overlooked by BMI is due to its origins. The BMI scale, also known as the Quetelet index, was created in the 1800s by Belgian astronomer Adolphe Quetelet based on the height and weight of European men. Quetelet developed the BMI scale to define the “average man” using these statistics, inherently discriminating against non-Europeans. More concerningly, BMI also guided English anthropologist Sir Francis Galton in defining eugenics.

Despite being created for non-health purposes and its role in contributing to eugenics, BMI continues to be relied on by medical professionals as an acceptable measure of one’s health. The Centers for Disease Control and Prevention (CDC) claims the cost-efficient and simple methods used in BMI allow researchers to observe health trends, such as dietary patterns’ role in the obesity epidemic. The CDC hence continues to promote BMI, which gives researchers access to larger sample groups and therefore reach more accurate conclusions.

However, many other alternatives as cost-efficient and possibly more accurate than BMI exist. For example, the relative fat mass (RFM) index considers the distance around your waist in relation to your height.

Woolcott’s team calculated the RFM for 3500 adults and found that their results closely corresponded with a high-tech body scan of body tissue, bone, muscle and fat. This method is far more reliable than BMI and more economical than other alternatives, as it only requires a tape measure.

Other cost-efficient alternatives include using Body Volume Indicator, a digital tool for calculating body composition and imaging visceral fat, waist circumference and other body parts, could reach an extensive population, as Pew Research found in 2019 that 81% of U.S. adults own a smartphone.

At first glance, BMI can seem precise and practical, but appearances are often deceiving. As shown through current issues and research conducted by many scientists, using BMI potentially leads to bullying at school, overlooks many essential factors and was created to generalize the entire population under a European standard. With other cost-efficient and user-friendly alternatives available, BMI must no longer be used.