Classic vs. modern songs: a review 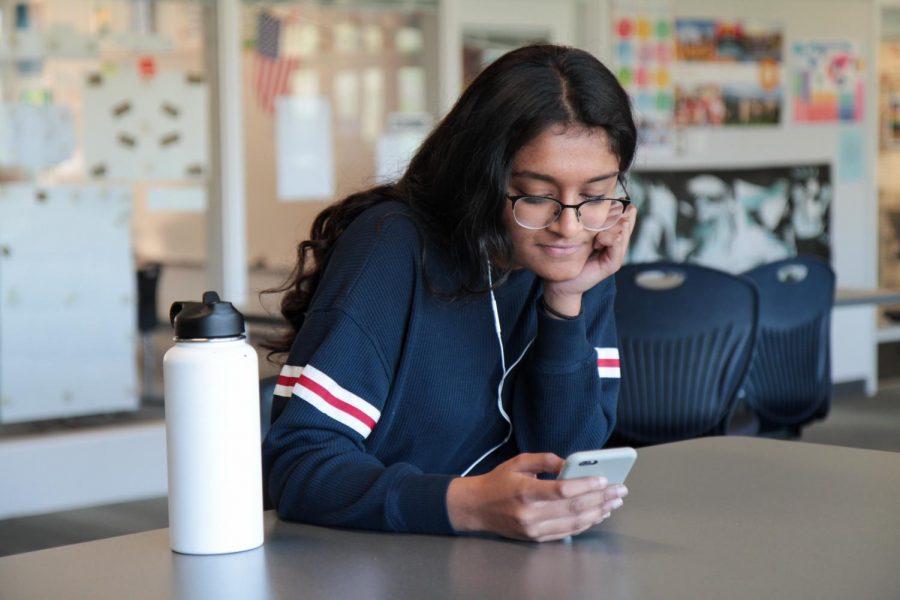 ORIGINAL OR INSPIRED?: Sophomore Gayatri Kalyan listens as she compares the classical and modern versions of two songs.

“Memories” by Maroon 5 vs. “Canon in D” by Johann Pachellbel

The Howler: Tell me your initial impressions of the songs, starting with Pachelbel.

Shounok Ghosh: The piece is extremely structured. I noticed the polyphonic texture as each part was playing different melodies at the same time.

TH: Did you notice anything technically? Was it unique in any way?

SG: I found it unique that Johann Pachelbel used a rather complex chord pattern. It went from tonic to dominant to submediant and then mediant, subdominant, tonic, subdominant and finished with a dominant.

TH: Great! Let’s move on to Maroon 5. How about your first impressions here?

SG: The melody added more variation to the basic motif. The song is very repetitive with two main verses repeating each other with different lyrics. The lack of a bridge reiterates that. The chorus is similar to the motif in Canon in D.

“I Can” by Nas vs. “Für Elise” by Ludwig van Beethoven

The Howler: Tell me your initial impressions of the songs, starting with Beethoven.

Gayatri Kalyan: Set in A minor with modulations and several accidentals, this famous song still has the ability of conveying suspense and emotions no matter how many times one listens to it.

TH: Technically, what do you notice?

GK: The piece uses cordial progressions, harmonies, and rhythmic contrast to convey emotion. FurElisecanbeheardasafive-part rondo with the pattern of A-B-AC-A. The many chord progressions including the change in key to the submediant of F major during section B captivates the audience.

TH: Great! Now, let’s move on to Nas. How about your first impressions here?

GK: I definitely notice that this song samples Für Elise with a variation in rhythm, as shown through the repetition of the same rhythmic beat played throughout the song. Furthermore, the lyrics convey a story which is typically the case with most modern music.