Rising up at the Women’s March 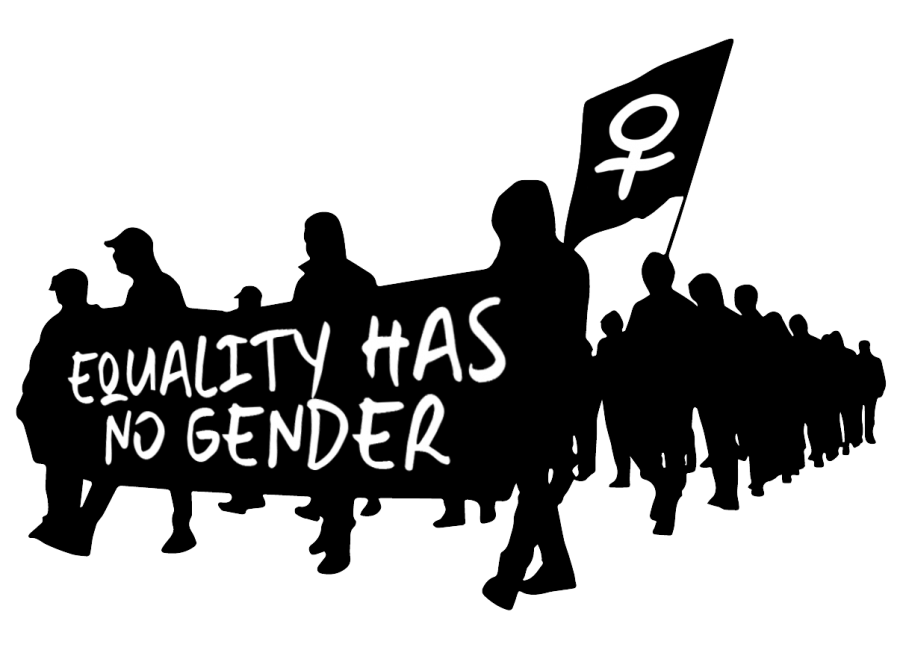 The voices of women and their allies echoed across the country as thousands nationwide participated in the fourth annual Women’s March to campaign for women’s rights and more on Jan. 18.

The march itself is known for covering a variety of topics of interest, addressing issues such as reproductive, civil and immigrant rights as well as climate reform. Protesters held signs with topics ranging from politics such as “I’ve seen better cabinets at IKEA” or simply “equality has no gender.” At the main march in Washington D.C., Martin Luther King III’s wife and human rights advocate Arndrea Waters King took to the stage, urging the crowd to push for “eternal diligence” and solidarity.

“I love to be part of events like the march because it’s so inspiring being surrounded by such an immense amount of positivity, and it’s great to see that every one of the thousands of people attending were supporting me as a young woman,” junior Keilani Grace said. “Taking part in a march is part of what makes a democracy what it is. Our voice is one of our most powerful assets.”

The Women’s March began as a Facebook post that came to life in 2017 largely in response to President Donald Trump’s inauguration. Dozens of those participating were seen wearing the march’s signature pink “pussyhats,” originally designed as an allusion to some of President Trump’s remarks, many of which were seen as misogynistic by the public. Although the movement first began in Washington D.C., it was quickly replicated by major cities in the US including Los Angeles, where Grace and junior Chloe Au marched.

“I enjoyed marching alongside my friends to help give a voice to women, since a lot of times, we’re just in the background and are afraid of raising our voices,” Au said.

However, this year’s march, like most protests, was not without controversy. For the first time since 2017, Black Lives Matter Los Angeles (BLM) was not invited to speak at the event.

There have been growing tensions between the two organizations since the first march three years ago, where Women’s March Los Angeles (WMLA) allowed a single speaker to take the stage after BLM requested more as a reflection of its group-centered leadership. According to LAist, WMLA had released a statement claiming that they wanted speakers that were voting-focused as one of the major themes of this year’s rally, but hoped BLM would still participate in the march.

“I wasn’t aware of BLM not being invited until after the march, but I personally would’ve still attended,” junior Harin Lee said. “We’re still advocating for the rights of all regardless of the intentions of the organizers, but it is upsetting to see that BLM didn’t speak despite having done so the previous years.”

Despite the controversy, the Women’s March remains one of the biggest annual demonstrations for women’s rights, and continues to fuel the fire of the growing feminist movement in America.

“It was such a beautiful thing seeing so many diverse people gather for a unified cause,” Grace said. “Everyone came to march together to advocate for women, which was so inspiring as every person there believed they were making an impact.”