Why you should hug more 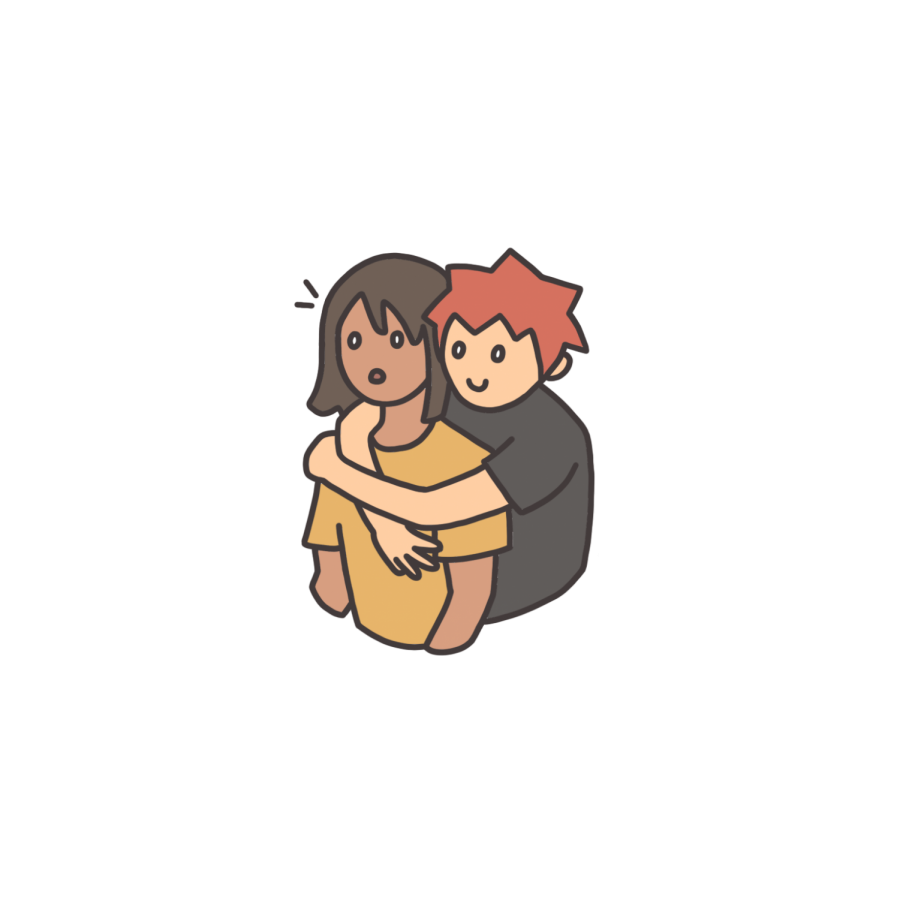 STATE OF THE STUDENT – Empathy is not just verbal! Scientists have shown that a few hugs a day can fix the feeling of exhaustion after a long day––magical, right?

Is science really necessary to figure this out, though? Nice short hugs have been gestures of love and comfort for as long as hugs existed.

If you don’t have the strength it takes to give your friends those big bear hugs or vice-grip handshakes, simple actions like fist bumps are just as effective.

“I regularly fist bump and shake hands with my friends,” junior Amine Adlouni said. “It’s kind of become second nature! The action isn’t really a big deal, but it’s always nice to do.”

And if you would rather hug your pets, that works too! Expressing affection towards a furry friend can reduce a ton of stress and boost your mood as you do homework.

“Every morning when I wake up and go downstairs, my dog comes to sit in front of me and we hug,” sophomore Kaitlin To said.

It’s weird, but sometimes the simplest actions are all it takes for us to feel that wholesome, empathetic love we humans need.

But if all that is not enough to convince you, a 2018 study conducted by Associate Professor Nicholas Duran of Arizona State University found that “receiving a hug was associated with a smaller conflict-related decrease in positive affect.” In other words, a good hug can make a person feel a little bit better in a comforting way. Imagine a bunch of scientists hugging each other as they run through their methodical trials and record their qualitative observations about how they feel in a notebook (just kidding, they probably had an unbiased random sample with some complicated way of quantifying subject emotions).

Overall, hugs are great! Both science and students have proven that just a tad bit of effort can go a long way in making people feel happier. Students also say that anything “touchy,” like fist bumps, high fives and pats on the backs, is nice and makes them happier. These simple acts of physical interaction all release oxytocin, often known as the love or happiness hormone, as long as you’re not creepy about it.

So next time you run into your friend or a less-than-happy-looking peer, hit them with a fist bump, dap them up with a fancy secret handshake or hug them with all of your bear-like strength! Give the people around you that little boost of joy that they need for the rest of the day.