Face time is better than FaceTime 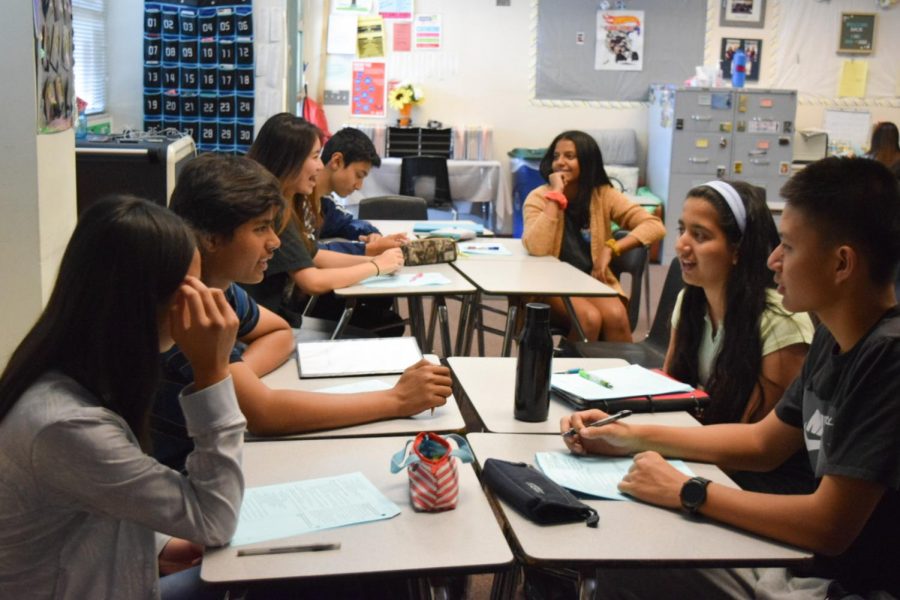 STAY ENGAGED! : Cell phones in the back keep the students on track

STATE OF THE STUDENT – With a nationwide screentime epidemic becoming increasingly prevalent among high school students, the Northwood Administration took it upon themselves to rejuvenate students’ attention spans in the classroom by instructing students to place their cell phones in individual pouches.

The shift was controversial at first, but as the routine took hold, students and teachers alike began to laud the policy as one of the best ways to boost student participation and attention in the classroom. Surprisingly enough, students have also developed meaningful interactions with their classmates as a result.

Introduced this year to create a distraction-free environment, the cell phone policy consists of students placing their phones into a cloth numbered holder at the beginning of class, giving their undivided attention to the lesson for the period, and retrieving their phone at the end.

Due to the lack of distractions, students are obligated to pay attention during lectures and interact with classmates rather than being glued to their phones.

Junior Rahul Raju has noticed a detachment from his phone in the first months since school kicked off with the new policy.

“I just think that I am not as desperate for my phone anymore,” Raju said. “I mean, I don’t even use it for half of the day. I think it is a pretty good policy for the school and I hope that they build upon this idea.”

Schools around the globe have implemented the policy, and its results have restored the traditional excitement that is tied to on-campus social life. In a survey conducted by Australian professor Neil Selwyn, 80% of Australian parents expressed their wide spread appreciation for the ban of cell phones in the classroom. They felt that their children were more engaged.

Looking at Northwood, it is evident that the policy has transformed our school to a more focused and socially engaged haven for learning and creating lifelong memories.