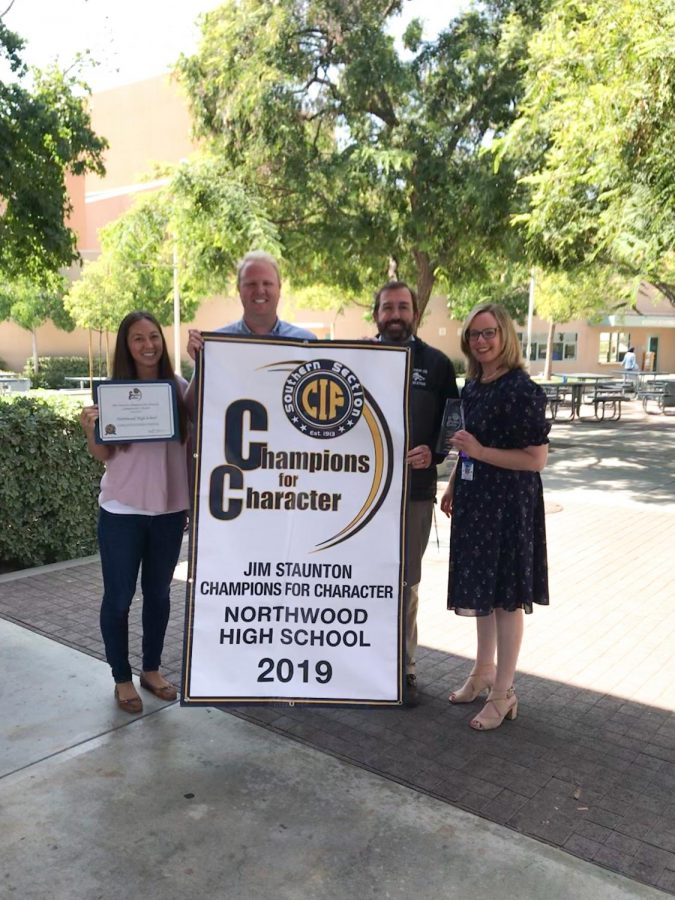 The California Interscholastic Federation (CIF) presented its Champions of Character athletic award to Northwood for the first time on Sept. 23, making it one of only two schools to win the award in the Southern District of California. Northwood Girls Volleyball coach Cole Murray won the Coach of Character Award.

Northwood’s success as a model of character stems from the hard work of Principal Leslie Roach, Assistant Principal Eric Keith, Athletics Directors Sierra Wang, special education teacher Brandon Emery and the coaches and students who represented Northwood as beacons of character and sportsmanship.

In order to succeed as teammates, athletes are required to balance their values between compassion and ambition, accurately representing Northwood’s motto: “For the good of the pack.” While Roach values physical skill, she prioritizes selfless behavior in an athlete towards their own and opposing team.

“Kids who can do both of those things⁠—they can transform a team,” Roach said. “They make not just themselves better, but the whole team better.”

The demonstration of exceptional qualities is not limited to the athletes on the field. The student body can also show support for their fellow Timberwolves. For example, team support is shown through certain groups at Northwood during football games.

“It’s been fun in football to watch how much the marching band, the pep squad and the fans support the team,” Roach said.

During high school, Roach tore both of her anterior cruciate ligaments during soccer, which prevented her from playing for a year. Though unable to help her team on the field, she was able to still support her teammates on the sidelines as a dedicated fan. Roach prioritizes the factors that can be controlled, which is why she sees an emphasis on individual character as a major part of athletic life. Emery also values the individual initiative of his athletes.

“I think I’ve been really impressed with how our student athletes handled challenges,” Emery said.

Emery expressed his gratitude for Northwood’s established values on the athletics field. He emphasized the core values of Northwood High School: Compassion, Integrity and Mutual Respect.

“This season we’ve had many opportunities to demonstrate our core values,” Emery said. “We always have room for growth.”